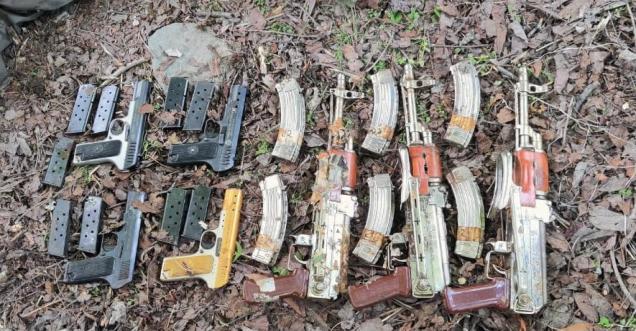 Image for representation purpose only

Srinagar. Indian Army and other security forces together killed a terrorist in Bandipora, Jammu and Kashmir in the early hours of Monday morning. There are reports of at least one terrorist being killed by the Indian Armed forces.

This terrorist was involved in the recent killings of civilians. Kashmir Police IGP Vijay Kumar said that the terrorist has been identified as Imtiyaz Ahmed Dar, who was a member of the terrorist organization TRF. The search operation is still going on in the entire area.

Apart from this, the security forces also killed a terrorist in an encounter in the Anantnag area of ​​Kashmir. The identity of this terrorist is yet to be ascertained. This encounter took place in Khakhung of Verinag area of ​​Anantnag. Jammu and Kashmir Police have recovered a pistol and a hand grenade from the slain terrorist. A policeman was also injured in the encounter.

Priyanka Gandhi Lakhimpur Kheri, Whole government was trying to save the minister's son

Two terrorists were killed in two separate operations in Anantnag and Bandipora last night. One of the terrorists has been identified as Imtiaz Ahmad Dar who was involved in one of the recent civilian killings: Jammu & Kashmir DGP Dilbag Singh pic.twitter.com/49GSKDV65I

mutliple information emerged on social media from the incident