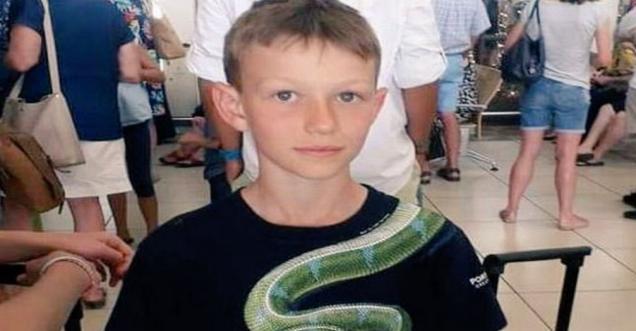 A 10-year-old boy was asked to change his T-shirt by officials at OR Tambo Airport in South Africa.

Johannesburg. A 10-year-old boy was asked to change his T-shirt by officials at Tambo Airport in South Africa. He traveled with the family from New Zealand to Africa on 17 December. During the check-in process, the security found the picture of the snake on Steve Lucas' t-shirt. Authorities asked the child to change his T-shirt before boarding the plane. The argument by the security staff was that the picture of the snake may make the plane's passengers and crew members uncomfortable. So, either take off the child's T-shirt and wear another or hide the snake print with another cloth.

Lucas's mother Marga and father Steve said, their son was wearing a black T-shirt. It had a green snake print on it. On seeing it, it felt like it was seen coming down from the shoulder of Lucas. On seeing this, security officials at Tambo Airport in Johannesburg said, "No one is allowed to board the plane wearing a snack toy or its printed clothes." The parents said, we did not want any controversy, so we reversed the T-shirt of Lucas. This hid the snake's picture inside.

A Boy, 10, is forced to take his shirt off before boarding a flight from #NewZealand to #SouthAfrica because it had a picture of a reptile on it ✈️😬 pic.twitter.com/T0O6DqfBDo

Rules related to clothing from the company

After this incident, family members have e-mailed the airport company to seek clarification regarding the rules related to clothing during boarding.

Written in the mail, thank you, we learned this rule, but also bother to tell what kind of clothes cannot be checked in at the airport. In this regard, airport officials said, "Security officials have the right to prevent an uncomfortable situation from going inside the airport and the aircraft. The snake print on the boy's T-shirt could have brought such a situation. '