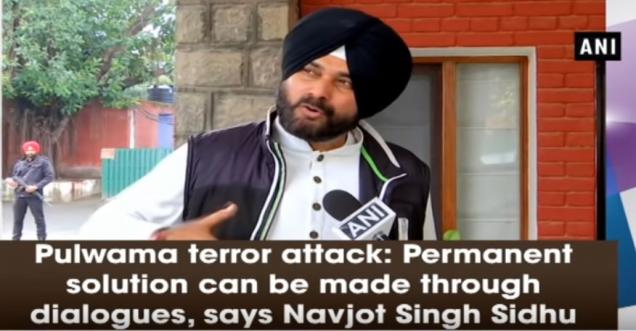 CRPF personnel have been assaulted in Pulwama. Our 38 soldiers were martyred. The whole country is boiling in anger and grief. The government and the opposition were in one side, with the country. With the families of the soldiers. Meanwhile, the #boycottkapilsharmashow trend started on Twitter on the second day of the attack. It took a while to understand that there is resentment in the country and where the trend of entertainment is coming from the world. But in a while everything became clear. Navjot Singh Sidhu and his statement behind this trend.

Below is the controversial video of

Chu** Bhakts Should take a chill pill & put inside **
If a person Expresses his genuine thoughts & shares his personal opinion,he is termed a "Tyrannous"
Ur fu** Agenda to polarize statement of @sherryontopp & traduce #TheKapilSharmaShow not goona workout#boycottkapilsharmashow pic.twitter.com/Pr6aLCdEpK