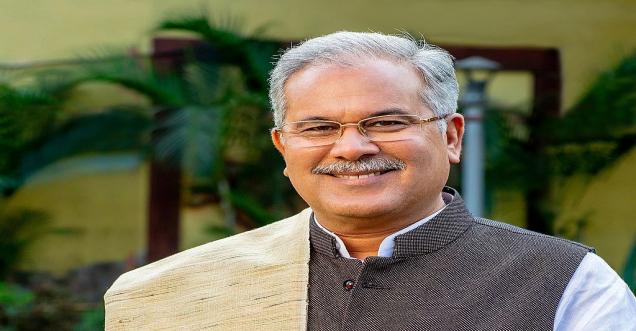 New Delhi: The tension in Punjab looks somewhat settled until Sidhu comes up with another ultimatum. Now another news of crisis for the congress party is going seems to start Chhattisgarh.

Amidst the factionalism going on inside the Congress in Chhattisgarh, a big decision can be taken during Navratri. According to the information received from the sources, there may be a change in the leadership of the state and someone else can be made the CM in place of Bhupesh Baghel. However, even before this, the camp of Chief Minister Bhupesh Baghel has become active. Brihaspati Singh claims that 35 MLAs will reach Delhi soon and they will not return without meeting the top leadership.

MLAs continue to come to Delhi

Meanwhile, MLAs supporting Chhattisgarh Chief Minister Bhupesh Baghel continue to visit Delhi. By this evening, 35 pro-Beghel MLAs will be in Delhi. It is being told that all the MLAs will not return without meeting the top leadership of the party. The MLA of the Bhupesh Baghel faction is angry after the statement made by the MLA of TS Singhdev camp in Raipur. MLA Brihaspati Singh says that it is difficult to go public with such statements again and again.

Discussion of two-and-a-half-year tenure
Since the completion of two and a half years of Bhupesh Baghel government in Chhattisgarh, there is a constant discussion that there was talk of giving the chief minister's post to Baghel for two and a half years and then to senior state leader and health minister TS Singhdeo. . In such a situation, these MLAs have reached Delhi on Wednesday. When asked about the MLAs reaching Delhi, Congress in-charge for Chhattisgarh affairs PL Punia said on Thursday that he has not been contacted by any MLA so far.

Baghel told reporters in Raipur on Thursday, that whatever the high command wants, he will agree to it, "Now the MLAs can't even go anywhere? Politics should not be seen at every step. If a person has gone somewhere, then he should not be looked at through a political lens. What is the issue with this? If MLAs go to Delhi, what is the issue? All this went on for several days in Uttar Pradesh. What is new in Chhattisgarh? According to him, it is the feeling of all the MLAs that we will all accept whatever the high command wants.

The relationship between Baghel and Singhdev is not smooth
since the formation of the Congress government in Chhattisgarh in the year 2018, the relationship between Baghel and Singhdev is not smooth. In June 2021, after Baghel completed two-and-a-half years in the post of Chief Minister, the camp of Health Minister TS Singhdeo claimed that the high command had agreed to the chief minister's post on a rotational basis for two and a half years. After the controversy over the chief minister's post in the state, the Congress high command had called Baghel and Singhdeo to Delhi in August to resolve the dispute. When Baghel was in Delhi, 54 out of 70 Congress MLAs visited Delhi in his support.