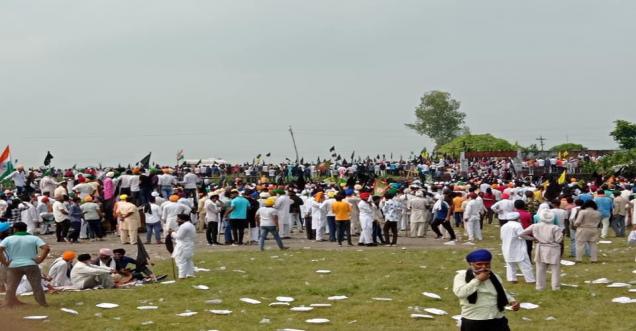 Uttar Pradesh: So far 6 people have been reported dead in the accident in Lakhimpur, although officially four deaths have been confirmed so far. It is said that since eight o'clock in the morning, about 200 farmers were sitting on a dharna at the helipad built-in Benipur village of Lakhimpur Kheri. This village belongs to the Union Minister of State for Home Ajay Mishra Teni. It was here that Keshav Maurya's program was about to land. Due to the demonstration of the farmers, the program of the Deputy CM changed and he reached Lakhimpur via road. The accident happened while showing the black flag to the convoy of Deputy CM Keshav Maurya and Union Minister of State Ajay Mishra.

Read More on the Lakhimpur incident