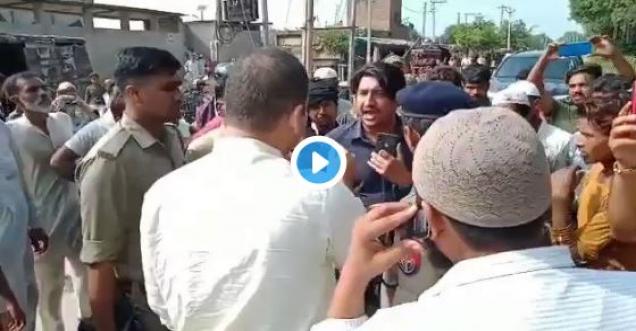 India: There was a heated debate with Samajwadi Party, MLA Naheed Hassan and SDM Amit Pal from Kairana in Uttar Pradesh. Over the registration paper of the car. The SDM has accused the MLA of abusing him. The SP MLA says that the SDM first misbehaved with him.

Naheed Hasaan, Samajwadi Party MLA from Kairana got into argument with SDM and DSP when he was asked for a registration certificate of the car he was travelling in. #MVAct2019 @yadavakhilesh pic.twitter.com/tUlSwKcz3r

On the evening of 9 September, the police was checking in Kairana. The policemen caught sight of a car whose number they found suspicious. In such a situation, CO Rajesh Kumar asked for the documents of the car. MLA Nahid was sitting in the car but he could not show the paper. In such a time, SDM also reached. After this, there was a debate on papers. Both the SDM and the MLA have accused each other of profanity.

Saurabh Trivedi, the correspondent of The Hindu, shared a video during the debate on his Twitter page.