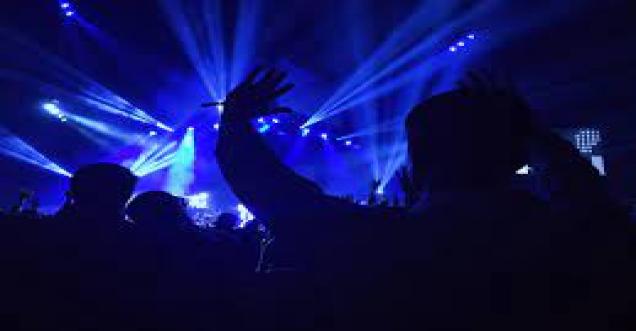 Mumbai: Sometimes richness comes with the sorrow of becoming spoilt. Many children’s from the Film Industry, industrialists and politics have seen this.

Shahrukh Khan’s son Aryan along with several other young children are of this person from the homes of many high profile film personalities and industrialists who have met at an on-board 'rave party' in Mumbai. Among the 8 people who are being questioned, one is also named Aryan, the son of Shahrukh Khan, who has been active in Bollywood for 30 years. NCB Chief SM Pradhan has said that the names of Bollywood's rich have come, legal action will be taken. Aryan Khan is currently in custody and may be arrested soon.

Amidst all this, the question must be arising in your mind that what is this 'rave party? What happens inside it? let us tell you. Literally speaking, a rave is an electronic music dance party that lasts all night and sometimes days in resorts. It can feature performances from DJs or live music performers. These parties usually take place in dark rooms filled with laser lights, strobes and machines. Law enforcement agencies suspect a lot of drugs, including Ecstacy, do the rounds at a rave. It was especially popular in Europe in the 90s, where nightclubs hired female dancers to entertain the crowd.

By law, rave parties are not illegal, but when sex and drugs enter it, it comes under the attention of the police. In the 70s, a type of 'rave drug' was also very popular, which was consumed by people in this party. Things like cocaine have been in there for a long time. The drugs which are mainly used in this are – MDMA, Cocaine, Rohypnol, GHB, Ketamine, Fry, LSD, Methamphetamine etc.

As father of a teenager, feel scared to make fun of SRK over #AryanKhan. Drugs live very close to our children today...schools, colleges, hostels, cafés. Kids even from conservative backgrounds falling prey. Popular culture poisons them with absurd notions of ‘rebel’ and ‘cool’.

Recently, when there was a worldwide lockdown due to coronavirus infection, the trend of rave parties increased. There were many such parties in the UK. In France also, there was talk of such parties, in which more than 2500 people had reached. Illegal rave parties in India are few in number, as they are mostly attended by people from the Amir family and are carried out in secret.

'Rave parties' have art and music as well as nudity, drugs and sex - it's all there. It encourages openly obscenity. In the last few years, people associated with Bollywood have been caught in many such parties in India. There are also reports of sexual abuse at many rave parties. At many such parties in the UK, teenage girls were forced to have sex with much older men.

Sometimes people are invited to these parties in code words through SMS and WhatsApp, in which they are told the location and routes. Money is also charged for most entries. Paan is also fed by putting cocaine in it. There have been many such parties in Goa and Mumbai. Wine is also served. Foreign mafia takes tourists to such parties at many tourist (especially mountain and beach) places of the country.

There are many such parties in South Delhi, for which a house is chosen which has been lying vacant for a long time. It is attended by young men from royal families and the homes of the wealthy. Usually, Rs 10,000 is charged from couples and one and a half to double of it is charged from single youths. There is a network of similar drugs in Himachal's Kasol, from where Delhi is also supplied. Farmhouses are often used for such parties.