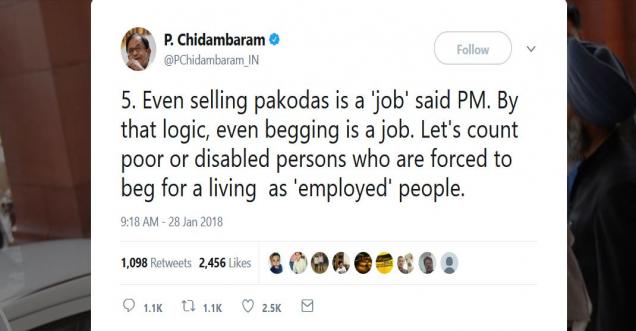 New Delhi: We all know selling Pakora is more than a job, which requires skills in making as well selling "pakora" as well pricing perfectly to ward of competition and also providing enough incentives for repeat customers. It's not a simple job.  However as per the former minister under the UPA regime p Chidambram, selling pakodas is a job similar to begging. What a disappointment.

5. Even selling pakodas is a 'job' said PM. By that logic, even begging is a job. Let's count poor or disabled persons who are forced to beg for a living  as 'employed' people.

My dear economist from elitist University, if selling tea and pagodas is not employment, then all restaurants and hotels should be kept out of the purview of employment. Only an EVIL GENIUS can compare BEGGING with SELLING TEA AND PAKORAS. #Senility I think. #PakodaNomics #jobs

He was the Ex finance Minister under the UPA government. His statement came after PM Modi gave credit to Pakodawalas saying if Pakoda walas can earn livelihood selling Pakodas, then it is a means of job to them. Had he shamed the common hard working people who work for their living hood. There are lakhs of people across India who earn their living hood just by selling pakodas. 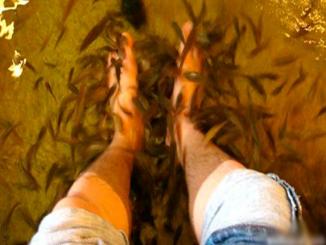