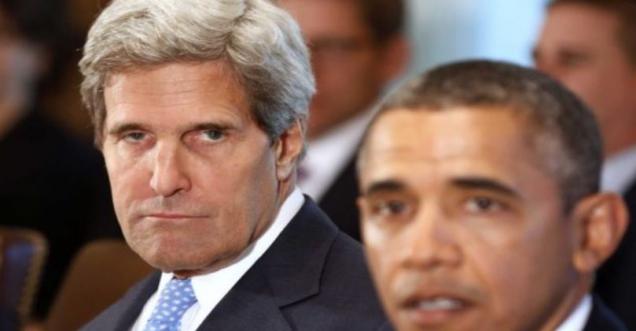 Brief Outline: Had congress has called for the immediate arrest of John Kerry after evidence emerged that he ran a shadow government in order to save the Iran deal.

Origin: The fake news was added on yournewswire.

Congress has called for the immediate arrest of John Kerry after evidence emerged that he ran a shadow government in order to save the Iran deal.

Steadfastandloyal.com reports: According to US law, no private citizen may meet with a foreign power to negotiate a deal. Since Kerry was working directly against US policy and trying to sabotage the elected government the charge of treason would apply.

Detailed Analysis: No the Congress did not call for the immediate arrest of John Kerry for treason. The news was published by a famous clickbait website known for promoting many other similar news articles.

The story originated on YourNewsWire on May 6, 2018 titled "Congress Calls For Immediate Arrest Of John Kerry For Treason" (archived here).

Going by the article  in the second paragraph it claims that “The chairman of the House Permanent Select Committee on Intelligence, Devin Nunes (R-CA), is calling for the former Secretary of State to be charged for violating the Logan Act – a crime that could result in a three year prison sentence.”

The article took inspiration from Devin Nunes tweet ealiar on May 5.

Nobody has ever been arrested and convicted for violation of the Logan Act.

The Logan Act (1 Stat. 613, 18 U.S.C. § 953, enacted January 30, 1799) is a United States federal law that criminalizes negotiation by unauthorized persons with foreign governments having a dispute with the United States. The intent behind the Act is to prevent unauthorized negotiations from undermining the government's position.