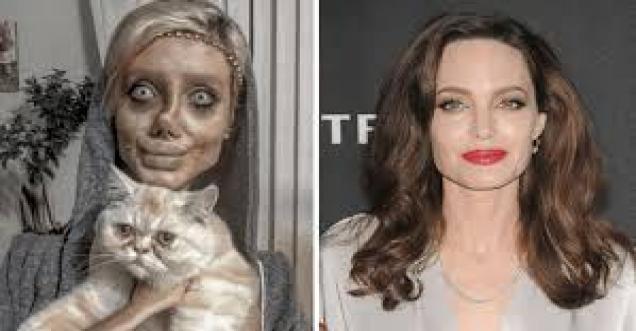 Viral Message: To look like Angelina Jolly, Sahar Tabar had done 50 surgeries and also created a diet plans and has reduced the weight of 40 kg.

A news on social media was rapidly viral claiming that 22-year-old girl Tabar from Iran had done 50 surgeries to look like Angelina Jolly. Her photo on social media was  viral. People even called her ugly jombi. Not only this, a site also claimed that Sahar  told  that she also created a diet plan to look like Angelina Jolly and she has also reduced the weight of 40 kilos. But all these things are false. Yes, this has been disclosed by Sahar herself.

On the social media, as soon as these photos became viral and giving wrong message Sahar thought to come in front. She uploaded her photo and told that the photo that the photo which is making round is absolutely false. Speaking to Sputnik, she said, "The pictures which are becoming viral on social media, I have created myself from the photoshop. I have tampered with my pictures to look zombie. I do not want to look like Angelina at all. I make my photo funny and post it.

She added  'This is Photoshop and makeup. Every time I publish a photo, I paint my face in an increasingly funny way. It is a way of expressing yourself, a kind of art. My fans know that this is not my real face.'

It was said on social media that she is a 22 year old girl but her age is 17 and she is very active on social media. She continues to upload photos to Instagram with new look. Similarly, she uploaded photos by making Photoshop. But it became viral on social media. That's why she has more than 7 lakh followers on the Instagram now. 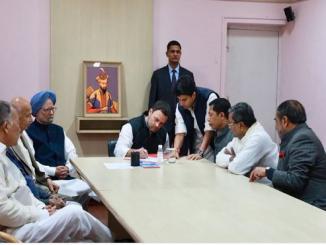 Fact Check: Rahul Gandhi with fake picture behind of Mugal