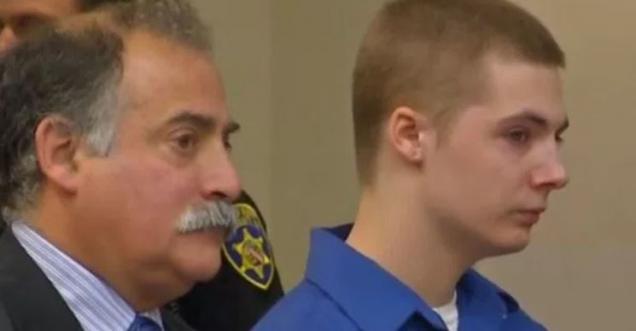 Viral Message: A 17-year-old is undertaking one of the most controversial lawsuits of the history of the country as he is suing his own biological parents for being born white.

St-Louis, MO | A 17-year-old is undertaking one of the most controversial lawsuits of the history of the country as he is suing his own biological parents for being born white.

Anthony Dwight, 17, claims he has suffered his whole life from the shame of being born white.

“When I was a kid, I’d spend hours in the shower trying to wash off the white off my skin, but it would never go away,” he recalls painfully.

“Isn’t there enough white people on this planet already? Haven’t we inflicted enough suffering, racism and oppression in this world?” he asked reporters.

His parents admit they were completely in shock when they learned their son had hired a lawyer against them. “We just want to end this nonsense and we want him to come back home. We love you whatever the color of your skin,” pleaded his mother on camera.
White guilt

The young man’s lawyer, Robert Hoffman, claims his client has suffered severe psychological distress, symptoms of depression and suicidal tendencies because of what he called “the burden of white privilege.”

“My client did not choose to live this kind of life. Why would he have to carry the burden of hundreds of years of slavery and racism all because his parents had the selfish desire to bring another white child into this world,” he told the judge.

“Because of the level of psychological distress of my client, we ask that his parents pay for all necessary expenses to change his racial status, including skin coloring treatments,” he added.

Anthony Dwight, who plans to change his name to Jamal Freeman, is asking that his parents pay for the $20,000 skin coloring treatment he needs to turn his skin color to “dark black” he told reporters.

His lawyer argued in court that $20,000 is a low price to pay to positively change this young man’s life, considering the suicidal tendencies of his client and the “profound feeling of shame and despair” his client has faced since his birth.

Although the (false) claim received some internet attention in December 2017, it is actually fake and there is not truth in the message.

This news has been published by many other news sites like worldnewsdailyreport, animalsnative. This sites are commonly known for producing fake news.

The teen in the image is actually Dylan Schumaker who was convicted of murdering his girlfriend's 2 year old son a few years ago.

Check out the video below

If you seen anyone sharing a copy of this story on social media to make a larger point about the world we are living in you can tell them they were duped by fake news.