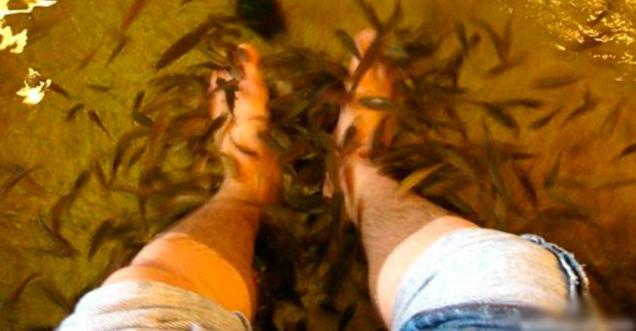 Viral Message: In Beijing, China, a middle-aged man who was only identified as Wong went for a fish spa session on New Year’s Eve maybe to relax, however he ended up killing all the fish.

In Beijing, China, a middle-aged man who was only identified as Wong went for a fish spa session on New Year’s Eve maybe to relax; however, things didn’t go the way it supposed to be as he ends up killing all the fish!

How did that happen? He has stinky feet.

According to World of Buzz, Wong has been working in an IT company for over 10 years and because he works overtime almost every day, he rarely has time for himself.

His parents became worried about his life because, at the age of 35, he was still single; so, his parents introduced him to a lady and they went really well, thinking to marry in the near future.

Viral Message Verification:-  This is a fake message being widely shared on 8shit.net and http://buzzflare.com, however the  news information is not true and there is no fact to verify this news. As per the lines from the article “A 35-year old man in Beijing China, whose name is Wong, went for a fish spa session to relax, but ended up killing all the fish, Buzzflare reported.

The boss of the shop collected money from them when their time was over and to his surprise, he found out that all the fish were dead, he also smelt something bad coming from the water. He demanded Wong to reimburse the loss thinking that he purposely killed the fishes. Wong then explained that he hasn’t properly washed his feet for 10 years because he was too busy with his daily routine. The boss let Wong off the hook.”

8shit.net does come with a disclaimer at the bottom of the page that says:

8Shit is a satire news and humor website. All its content is fiction (except those posts under the "serious" category) and shouldn't be taken as real. All references, names and marks or institutions in this website are used as contextual elements, like in any novel or science-fiction story.

The original Chinese version of the article ends with this disclaimer:

Or, according to Google Translate:

(Special Statement: The contents of the above articles only represent the author's own point of view, does not represent Sina point of view or position. For content, copyright or other issues, please contact the Sina within 30 days after the publication of the work) 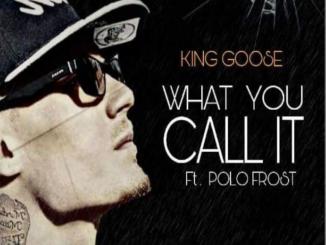 Fact check: King Goose what ya call it ft. polo frost no release