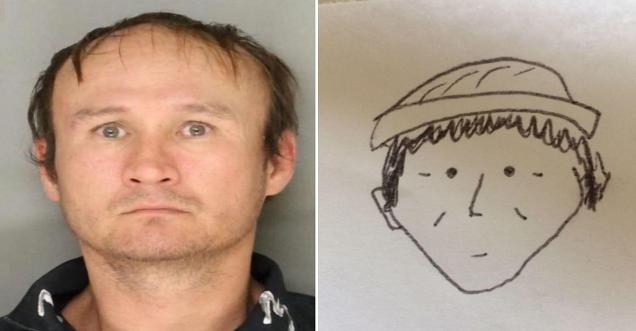 Brief Outline: Viral newsclaims that FBI agents have discovered an astounding 4,000,000 pictures of men’s penises, also known as “dick pics”, during a raid on an NSA employee’s home this week.

Origin: The original news was spread by World News Daily Report, when it published the news on April 14, 2018 titled FBI raid at NSA employee's home reveals over 4,000,000  (archive link).

Viral Example: Federal prosecutors have charged Harry Muff, an NSA employee for 14 years, with theft of government property and unauthorized removal and retention of classified materials.

It is believed Muff used his Top Secret security clearance to illegally download millions of pictures of sexual nature off of unsuspecting Americans mobile phones and computers.

Detailed Analysis:  This is a fake news and not relevant at all. The picture used in the World News Daily Report is of Hung Phuoc Nguyen, a 44-year-old man who was arrested for robbing a market stall and who was identified through possibly the worst police sketch ever.

The news about Hug Phuoc was published by lancasteronline, as per the website the sketch led to the arrest of the accused thief of the Central Market stand in Lancaster.

Hung Phuoc Nguyen, 44, homeless, pretended to be an employee at a vendor's stand Jan. 30 at 23 N. Market St. while a real employee was away. Nguyen was positively identified by a witness as well as investigators and veteran officers who recognized his physical description and alleged motive, police said.

The disclaimer of the website world news daily report states “World News Daily Report assumes all responsibility for the satirical nature of its articles and for the fictional nature of their content. All characters appearing in the articles in this website - even those based on real people - are entirely fictional and any resemblance between them and any person, living, dead or undead, is purely a miracle.”