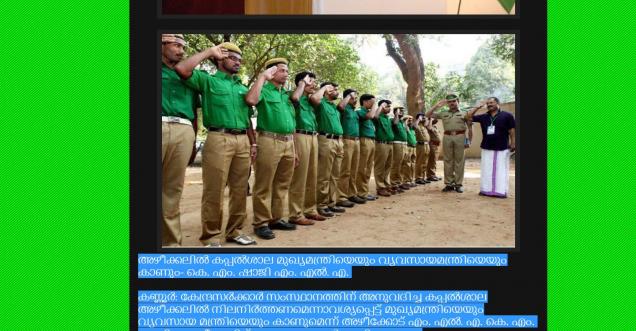 Viral Message: A viral image of the Kerala police is going viral over the Internet, when some people are shown in green color Uniform in support of Islam

This shocking news from caliphate of #Kerala, IF true, is a big threat to India & must be investigated @NIA_India

Viral Message Verification:- The fake image of of some person’s in green color uniform is going viral over the internet. This image is quite from 2012 blog with the text as below

Kannur: The Chief Minister and the Industry Minister will see for the state government to keep the auction in Azhikkode. L A K. M. Shaji ... Loyalists have been in the forefront of campaigning against Azhikkal. Apart from Azheekal, Vyjaya and Poovar were considered for shipping. The other place is available in Azheekkal. The ship should be built in Azhikkal when there is such a favorable situation.
Azhikkal harbor development is under progress. A project report of 418 crore has been prepared for the development of ports. Tenders have been invited to buy a cruise channel marker boy. Dredging will start soon. The Center has also taken steps to develop Azhikal as the list of major ports. In this context, it will open the possibilities for the development of the ship too. L A He said”

Clearly it is not a recent picture and is almost 6 years old. This picture has been constantly been used in many Independence Day. The picture is of IUML (Indian Union Muslim League) which is more than a decade old. 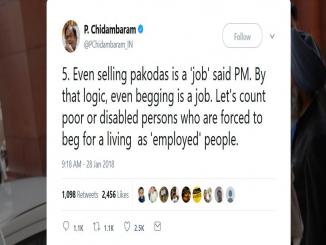 As per P Chidambram selling pakodas is equal to begging?