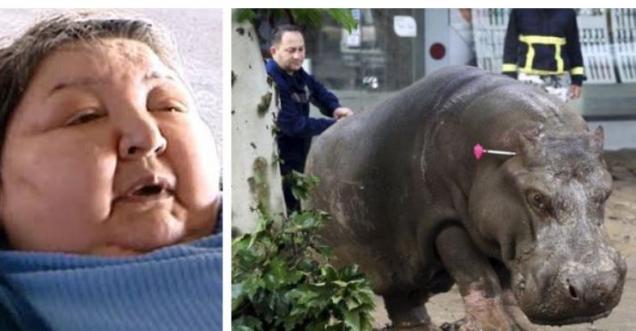 Viral Message: The Paris Zoological Park is being sued after a woman claims she was sexually assaulted by a hippopotamus that had escaped the zoo for only a few hours yesterday.

Viral message example- The large semiaquatic mammal apparently was able to slip out of its enclosure last night after massive flooding and a fallen tree severely damaged the security fence.

Geraldine Boudin, 54, owner of a bakery next to the Zoological Park, is suing the zoo’s administration after she claims she was sexually assaulted by the huge beast after she was returning home that night.

“At first I could not believe what I saw. I was terrified,” she told reporters.

“It ran towards me, pushed me to the ground and just jumped on me, grunting,” she recalls, visibly still traumatized.

Viral Message Verification:- As viral on the social media the message regarding Geraldine Boudin with the title “400-pound woman sues Paris Zoo after escaped hippo tried to rape her” is not true.

The news was published on one of the famous satire website worldnewsdailyreport.com.

The image used in the news as well is not original, it has been copied from channel4

There was a incident earlier in Jan 26, 2018 when some animals escaped the zoo, as per dailymail. As per the Dailymail article published  earliar

Paris zoo is evacuated after 52 baboons escape their enclosure

Fifty-two of the primates got out of Paris's main zoo today, forcing it to be closed

Since the initial escape, most of the primates have been caught - except for four

The website World News Daily Report is quite known for spreading Hoax news, though it comes with disclaimer at the bottom of its page, yet people start up believing the news.

“World News Daily Report assumes all responsibility for the satirical nature of its articles and for the fictional nature of their content. All characters appearing in the articles in this website - even those based on real people - are entirely fictional and any resemblance between them and any person, living, dead or undead, is purely a miracle.”