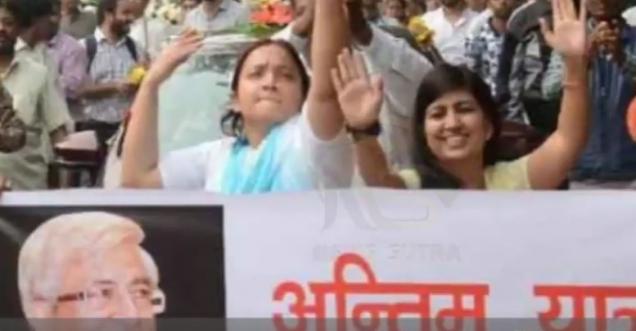 These days news is circulating in WhatsApp and Facebook through photographs and videos that some girls are celebrating the death of their father by playing band Baja and taking the final journey of the body.

In fact, the body of the post mortem was shown in the video of the famous Gutkha businessman Haribhai Lalwani. Haribhai Lalwani had to say about the life and death, "God has sent and God has called itself, so how can we do it?" On his last visit, he had written about what he thought about his death Was

'' I have changed the form

This is my last trip

Anita said her father was a visionary. On May 8, 2015, she was in a flight with her father when he asked her to note down his last wishes. "My father told me that his death should be celebrated. People should sing and dance on my death, he said. This sounded strange and I was in tears, but he was cheerful man," Anita remembered.

Indeed, Haribhai Lalwani was a famous industrialist and founder of Prince Gutkha Company. Haribhai Lalwani, who started his business from Pan Shop, became famous in the 1990s as Gutkha King. Haribhai Lalwani has four daughters, whom she has raised like sons.Lalwani passed away after being admitted to hospital on November 9.

The news is not fake but it is true about the girls who are celebrating their father’s death. 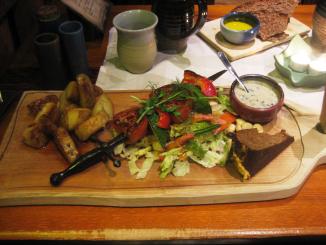 Is food has become cheaper in Restaurants?