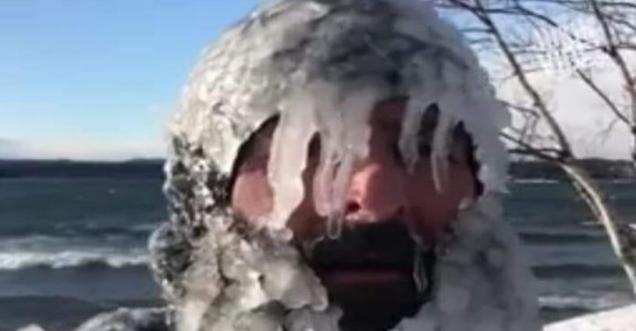 Brief Outline: Our young men also play their duty in 5 Mines Dirdi, and we go to sleep comfortably, they save their lives, Jai Hind Jai India.

The original video was posted by Jerry Mills, which ultimately led to the most probable original source of the photo. A screengrab from the following YouTube video posted by user Jerry Mills:

The description below the video states that “Meet our legendary local surfer, Dan Schetter, aka Surfer Dan, one of a small group of locals who surf Lake Superior even in the most extreme conditions. This day was really extreme as the wind chill was -30. I was out there capturing footage for my Jerrysim series and almost got frostbite on my right hand trying to capture this moment as well as his ride into shore. His ice beard says it all about the severe cold. Filmed at Presque Isle Park in Marquette, MI, on the southern shore of Lake Superior, in Michigan's magnificent Upper Peninsula.” 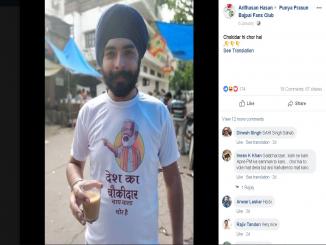