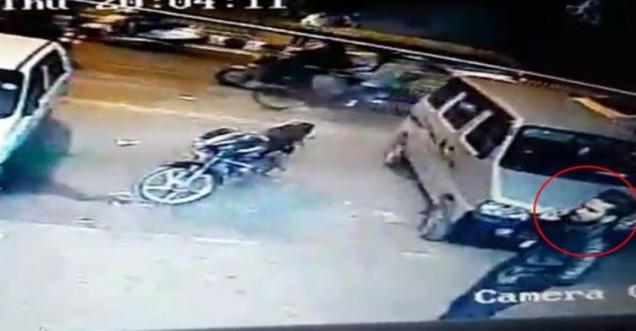 Viral Message: A fake news is going viral over the social media and reported  in a website milligazette Ankit Saxena was not killed by some Muslim’s but instead by his own community.

A cursory check in the area reveals that THERE IS NO MUSLIM HOUSEHOLD IN THE ENTIRE RAGHUBIR NAGAR B BLOCK AREA! Its not as if there WAS a household and members fled after the gory incident! People of that area do not recall a Muslim family in B Block for the last twenty years!

Deepak, Ankit's friend, lives in B Block. He says Ankit used to visit him regularly; but he was not in love with 'the' woman!

Deepak does not mention Shahzadi--he talks, generally, of 'some' women! When pressed further, BAJRANG DAL members stop him!

Is Ankit Saxena, like Chandan Gupta, collateral damage in the RSS Plan to create and fuel communal disharmony in the country?

Amaresh Misra does an investigation and writes;

The people who murdered Ankit Saxena are supposed to live in West Delhi's Raghubir Nagar B Block.

Some newspapers give even the exact number of the house. This is where parents of Shehzaadi, the woman in love with Ankit, lived along with their daughter. Her mother ran a beauty parlour while her father was a driver.

To investigate the basics is a fundamental norm of journalism.

A cursory check in the area reveals that THERE IS NO MUSLIM HOUSEHOLD IN THE ENTIRE RAGHUBIR NAGAR B BLOCK AREA! Its not as if there WAS a household and members fled after the gory incident! People of that area do not recall a Muslim family in B Block for the last twenty years!

Deepak, Ankit's friend, lives in B Block. He says Ankit used to visit him regularly; but he was not in love with 'the' woman!

Deepak does not mention Shahzaadi--he talks, generally, of 'some' women! When pressed further, BAJRANG DAL members stop him!

So there was some other woman with whom Ankit was either having, or not having, an affair? Who was she? Maybe, the papers got the address wrong when they wrote Shahzaadi's family stays in Raghubir Nagar B Block!

In that case, let's check if other Muslim families who live in other blocks of the area, have a woman named Shahzaadi as part of their family.

Surprisingly, there is none. No Muslim family in the Raghubir Nagar area has a woman named Shahzaadi living in their precincts.

Also, there is no Muslim family that runs a beauty parlour. There is an ABANDONED beauty parlour in Block C. And yes, IT USED TO BE RUN BY A MUSLIM FAMILY. But that family migrated at least 5 years ago!

But wait--there was a girl with the family that left--and her name was SHAHANA not Shahzaadi!

Was Ankit linked with Bajrang Dal? Perhaps, not directly--but Deepak, Ankit's friend is known as a Bajrang Dal member. Locals say Deepak even has a case registered against him--but this could not be verified as the Police Station refused to co-operate

Deepak was with BJP leader Manoj Tiwari when the latter visited the area, met Ankit's parents--and politicised the issue asking Arvind Kejriwal to break his silence--even though, the Delhi Police is not under Delhi CM's purview.

Now let's see the behavioural pattern of Ankit's parents. Ankit's mother says her son had no relationship with the 'woman'--which woman is she talking about? She also says that the 'family' or the 'people' who killed her son, were known 'Goonda types' who had threatened others, including a Muslim!

There is also the statement by Ankit's family urging others not to 'communalise' the issue! A Hindu family who has lost a son--however responsible they might be--will they be appealing for communal harmony so soon?

Chandan Gupta's father said his son was shot for carrying Tiranga. All through, Chandan's father gave political statements--again unusual for someone who has lost a son. Finally, the Kasganj SP caught ANI correspondent tutoring Chandan's father.

And now, evidence points towards Chandan's killing at Sanghi hands only!

Chandan was part of a Sanghi group. Ankit's very close friend is a Bajrang Dal activist. Chandan might have been killed by his own people. And Ankit...too...'by his own'?

BY SAYING 'DO NOT COMMUNALISE THE SITUATION', ANKIT'S PARENTS, WHO TOO WERE TUTORED IT SEEMS, ACTUALLY BROUGHT IN THE HINDU-MUSLIM ANGLE--AND COMMUNALISED ANKIT'S MURDER!

Chandan and Ankit--different methodologies, but the same design, to portray Muslims as 'bad guys'!

In both cases, the pattern is the same--a Hindu boy getting killed--and propaganda machinery pointing to Muslim CITIZENS performing the deed!

SANGH HAS DEVISED A NEW GAME-PLAN!

The 2008 phenomenon was about creating the fear of the 'Muslim terrorist' in Hindu minds. It failed. BJP could not come to power in 2009.

I played a crucial role during that phase. I WAS THE ONE WHO SENT THAT CRUCIAL MAIL TO THE WORLD ABOUT RSS-MOSSAD KILLING KARKARE! AFTER ME ANTULAY SPOKE--THEN EVERYONE STARTED SAYING THE SAME THING!

Karkare's murder, and the narrative created by us in the aftermath, stopped the BJP.

In #Kasganj I pointed towards a possible Sanghi hand in Chandan Gupta's murder. Then several officers spoke up...

Now, beginning with Chandan's case, then including Ankit's murder, the pattern seems to go beyond bomb blasts by 'Muslim terrorists', to INDIVIDUAL, FATAL ATTACKS BY 'MUSLIMS' ON HINDUS!

Viral Message Verification:- As you can read the above news circulating widely on the social media and being shared by many users as well is a bad example of fake news, here a death of a person is taken as a point to create a fake news and create anger between two groups, religion of people.

The news was originally posted by Amaresh Misra, who himself has assigned himself as President of Kisan Kranti Dal, the Uttar Pradesh based peasant party and has around 5000 followers. In the above article which is also published on the site milligazette.

Misra’s post has been shared to a significant extent by social media users to assert that the crime is the handiwork of right-wing Hindutva elements.

This news has been also published on Siasat Daily too published Misra’s post on Saxena’s murder, along with Milli Gazette, National Speak and Caravan Daily.

The above article claims lots of wrong fact’s to be true, like it states that there is no Muslim’s in the location. Instead there is a mosque in around 500 meters from the location of the house. Which proves that there must be some people at least for a mosque to run.

The article claims that Ankit was murdered due to RSS etc

All of this, IN CONGRESS REGIMES, INFILTRATED HEAVILY BY SANGHIS, SO THAT HINDUS GET ALIENATED FROM CONGRESS DUE TO 'FAILURE' TO CONTROL 'MUSLIM TERRORISM'--AND MUSLIMS GET ALIENATED DUE TO CRACKDOWN ON INNOCENTS!

The result: a resounding Congress defeat, and BJP victory, in 2014.

From 2014 to 2017--NO BOMB BLASTS! Instead, the pattern shifts towards attacks on Muslim citizens, public lynchings by 'Gau-Rakshaks', anti-Love Jihadis, sundry Sanghis; winning UP is shown as the success of 'Hindu triumphalism through anti-Muslim violence' strategy; hoisting of saffron flag atop a Rahasthan court in favour of a man who lynched a Muslim and filmed the entire episode, marks another high-point! This keeps the communal pot simnering.

But Gujarat and Rajasthan results show that this strategy, is no longer working.

So beginning with #Kasganj a new pattern is inaugurated: KILLING OF HINDU CITIZENS BY MUSLIMS---BOTH DURING FLASHPOINTS...AND RANDOM EVENTS...

TAKING THIS LOGIC FURTHER, SANGH AND ITS FOREIGN MASTERS ARE NOW PLANNING ATTACKS ON HINDU PILGRIMS OR HINDUS IN A GROUP...with this, they hope to achieve a kind of PEOPLE VS PEOPLE communal polarisation for 2018 or 2019!

And yes, what about the woman who appeared on TV as Shahzaadi or Ankit's lover?

Who all are in jail on the charge of Ankit's murder'?

Misra also suggests through his post that Ankit Saxena was murdered in a diabolical plan by the Sangh parivar.

The post by Mishra hold’s no ground as the writer is just creating and promoting a fake news, when the family of the victim himself have said “Don’t spread hatred, appeals Ankit Saxena's family ”.

So, it is not clear what the writer want to achieve by the fake news. Ankit’s death was a blot on our society and on the mindset of the people who did so, but creating such news and fabricating the fact is a blot on oneself. 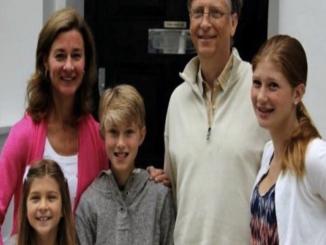