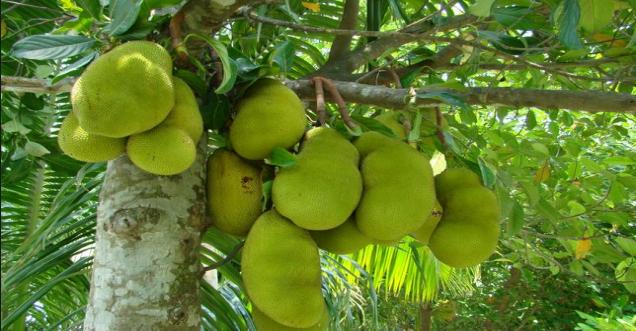 Viral Message: The largest tree-borne fruit widely known for its distinctive taste and aroma, the jackfruit, is set to be declared as the official fruit of Kerala on March 21, 2018

The largest tree-borne fruit widely known for its distinctive taste and aroma, the jackfruit, is set to be declared as the official fruit of Kerala on March 21
State Agriculture Minister V S Sunil Kumar said the core objective of the government was to give a fillip to the production and sale of jackfruit and its value-added products, according to a PTI report.

The state government will make an official declaration in this regard on March 21, based on a proposal of the Agriculture Department. They said:

We are planning to declare the jackfruit as the state fruit on March 21. I will make an announcement in this regard at the state Assembly also
Total revenue of Rs 15, 000 crore is expected through sale of jackfruit and its allied products through the branding of the fruit, he added.

The Jackfruit is the largest tree borne fruit known for its distinctive taste and aroma, if you visit kerala you will see how widely the fruit Jackfruit is grown all over kerala and how people enjoy eating this fruit. So it is not surprising that the environment friendly Kerala government have officially declared the jackfruit as the state’s official fruit.

The Kerala government is also planning to promote the ‘Kerala jackfruit’ as a brand in markets across the world, highlighting its organic and nutritional value. Jackfruit contains lots of nutious contents. This is done in the intention to increase the the production and sale of jackfruit and related products by the way of branding the fruit.

The government also plans to distribute jackfruit tree sapling among locals to grow in their backyards. Expect this will also increase the love for this plant which already prevails in Kerala.