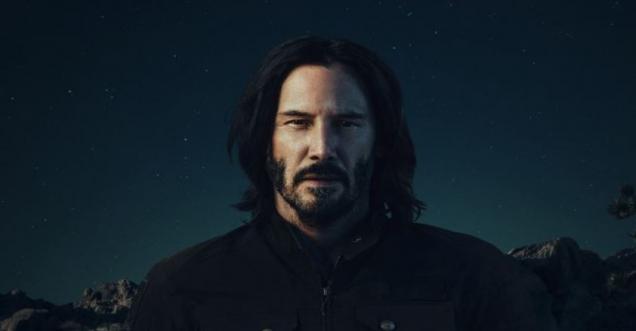 Viral Message: A war is being fought that will shape the future of human existence and the world we leave for our children, according to Keanu Reeves, who says he is “quietly optimistic” about the future because “humanity is showing signs of breaking free from the matrix.“

“The human race has been enslaved for thousands of years,” Keanu Reeves said while filming in the Mojave Desert, explaining that “we have been kept in a mental prison by shadowy elites and secret societies that have done all they can to suppress us and stop us reaching our potential.”

But the Matrix star, who was filming scenes from Squarespace’s upcoming Super Bowl commercial, says the real world matrix is beginning to crack. “Humanity is showing signs of breaking free from the matrix. What a time to be alive! We are living in exciting times.”

Explaining that he has been studying ancient texts including the Vedanta and the Upanishads and learning about the nature of reality, Keanu said, “Yeah, sure, there are a lot of people still only interested in keeping up with the Kardashians, but a significant chunk of the population have woken up.

“Most importantly there is now a war being fought between our overlord masters and those who wish to set us free.“

Viral Message Verification:- As viral on the social media the message regarding Keanu Reeves on the most famous satire website yournewswire titled “Keanu Reeves: Humans About To Break Free From ‘The Matrix’”

We cross checked across the news pages related to Keanu Reeves, yet we did not find any truth about this news that he ever made such statements.

"YourNewsWire (YNW), which published the fake viral Texas shooter antifa story, makes up blatantly fake story about Keanu Reeves that already has 12,500+ Facebook engagements and is being promoted on a verified Facebook page run by the same people as YNW."

YourNewsWire (YNW), which published the fake viral Texas shooter antifa story, makes up blatantly fake story about Keanu Reeves that already has 12,500+ Facebook engagements and is being promoted on a verified Facebook page run by the same people as YNW. pic.twitter.com/H2pHIh26q3