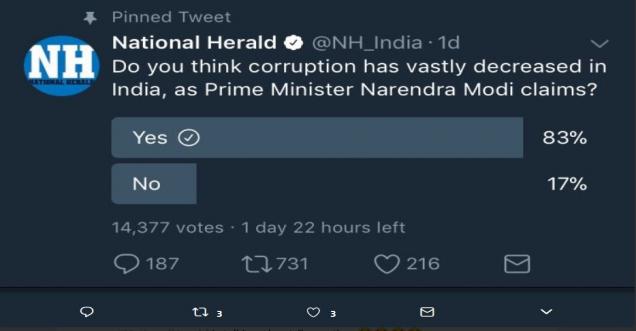 Congress owned National Herald @NH_India run a poll, after voting, it blocked me? Why? @INCIndia your democracy is so fragile? @TajinderBagga see below 😁😬😬 pic.twitter.com/1YIzo0ienG

BLOCKED
by Congress' mouthpiece @nh_india for exposing their hypocrisy on corruption in just 1 tweet flat.

Viral Message Verification:-   Taking a poll is not a easy job, especially when you are not sure with the result and you are not directly handling the poll number. Similar a poll by the congress party’s Paper, Nationl Herald. The National Herald tried to use the sentiment on Nirav Modi and create a poll by asking people some poll questions.

Question: Do you think corruption has vastly decresed in India, as Prime Minister Narendra Modi claims?

Question: Who is to blame for the massive #PNBFraud, #PNBScam involving Nirav Modi, who it appears left India for Switzerland in January, 2018.

Both of this questions back fired the Polls and later the National Herald has to delete this poll as well.

Other poll which still exist, with a chance that it may be also deleted in the future

Do you think the Modi govt will take any action against Nirav Modi, the key accused in the ₹12000 crore banking fraud? #IndiaSpeaks 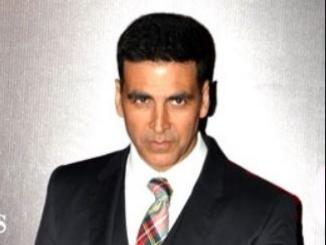