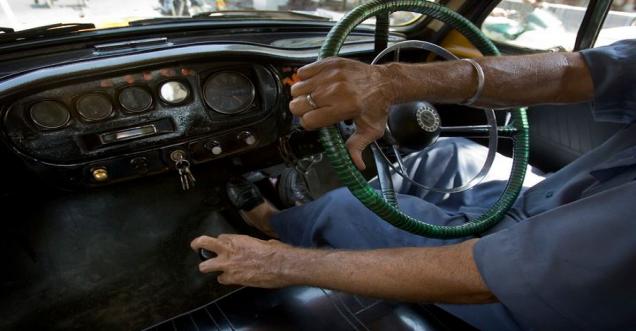 Viral Message: Ask anybody in kashmir about their opinion about the Auto Rickshaw drivers of Srinagar and there is a very high probability that they will have some complaint

If you arrive early in the morning, sometimes drivers demand as much as Rs. 250 for a distance of 5 km.

Ask anybody in kashmir about their opinion about the Auto Rickshaw drivers of Srinagar and there is a very high probability that they will have some complaint or the other against the Auto Rickshaw drivers. The behaviour of Auto Rickshaw drivers in Srinagar is been one of the worst among service providers and things have even gone out of control.The notoriety of auto drivers is well known, especially in the whole city of Srinagar if you get out of railway station nowgam in the city and you're greeted by a posse of autorickshaw drivers, all demanding much more than the actual fare. Haggling gets you nowhere because the drivers have decided among themselves the rates to offer.If you arrive early in the morning, sometimes drivers demand as much as Rs. 250 for a distance of 5 km.
There exists a constant war between the citizens and the auto rickshaw drivers. If the commuter asks them to start the meter, they blatantly refuse and start misbehaving. Earlier, the helpless commuter could contact a nearby traffic policeman standing and in some cases, action could be taken against the auto driver. But now with the powers of the police severely curtailed, the commuter has totally become helpless on two fronts. Not only do commuters pay twice or thrice the regulated fare as a sign of their helplessness, they also have to deal with the rude and unruly behaviour of the driver. Apart from overcharging, another problem constantly faced by the commuters is the blatant refusal of auto drivers to go on certain routes, citing the most common excuse: “there are no passengers available on return to that route.Auto drivers continues to harass citizens by charging almost twice and sometimes thrice the charge. Citizens are forced to bargain, fight and struggle with them just to use their services for even the shortest of distances.
There are two reasons for this growing menace. First, the government promotes private transport and there is a dearth of state buses, as a result of which commuters are forced to depend on private vehicles. This also leaves commuters at the mercy of the auto-rickshaws. Second, a section of the semi-literate youth is encouraged to take up auto-driving as a means of livelihood without prior training which explains the rash driving. They have turned into a threat for the law-enforcers and the common people. Their behaviour with passengers has always been rude now it has escalated to worrying heights.Auto drivers keep breaking every law with impunity and the city’s commuters are forced to give in to their wild ways.

We, commuters , need to change our behaviour too. Whenever someone finds an auto rickshaw driver, who is refusing to go by the meter, we should register grievances with the relevant authorities. Make sure you use those avenues to counter the auto rickshaw drivers menace.But the auto menace needs to be tackled efficiently. The police should be asked to take stringent action against errant drivers. Auto fares should be fixed and displayed on charts the transport system needs to be revamped. Wearing uniform should be compulsory for auto driver and yellow colour to auto rickshaw to streamline the system all stakeholders Auto driver association, Govt agency and general public must coordinate to overcome from this menace.The number of state buses should be increased. Hopefully, the government will streamline the system and provide relief to commuters.If the j&k government says that auto rickshaw drivers are common man, it must also remember that those passengers who use this auto rickshaw services do not come from an elite background either. If this was the case, they would have switched to cars a while ago. It is the middle income professionals, the school and college students, and the ordinary folks. However, coming back to the subject of the menace and the autocratic and unruly behaviour of the auto drivers, the situation is getting from bad to worse day by day.
Rather than being effective service providers, Srinagar auto rickshaw drivers are turning mafia on the roads.

Viral Message Verification:- Indeed this is not only about Kasmir but is the problem for whole of India. this is the reason now why the private cab services lika ola, uber and may more in the market are running smoothly.

There have been many people who mostly suffer from the rude and extra charges asked by the cab owners and often not dropping to the right place or destination. There are many people in the valley complaining on the same.

Bihari Lal Bhat In jammu also auto riksha demand and charges Rs. 150 from Rly Stn to Channi Himmat which is hardly 2 kms distance especially at the arrival of trains in the morning.

Sheikh Iqbal Yes one is wrong who says 2+2=5. But there are people who say 2+2=55. Can you catch the collar of such blue eyes? It needs stamina. Why start from poor rickshaw.

Sheikh Tufail Govt should invite ola and uber to kashmir.Added to this there should be more of buses and sumos avialbe fr transport within the city.evry bdy cant aafrd private vechicles and traveling n tata buses s like a punishment!Auto and tata bus drivers just kp on corrupting rtos and fixing rates the way they like.

And why we are only considering it only to the auto industry, there is much more examples across.

Hotel Industry: In hotel industry as well the bill cost of food items have gone tremendously high. But a hotel not maintaining its service would not be able to survive. So many people are ready to pay if the service is good. 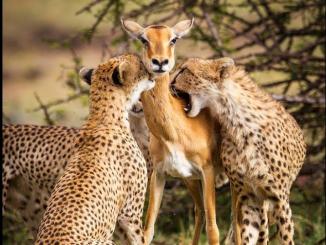