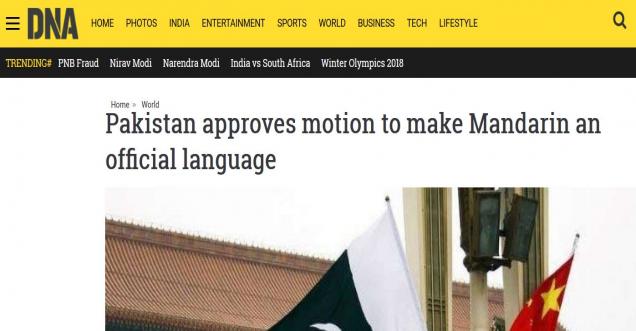 Viral Message: The Pakistan government has approved a motion to declare standard Mandarin, the main language spoken in China, as an official language, was said by many of leading India Media. Is false

Above quote from DNA

The Indian media on Monday and Tuesday reported with great haste declared that Pakistan had decided to make Mandarin one of the country’s official languages, apart from Urdu and English.

These were just a few of the many publications that reported their version of the same story, though now many have updated: the list included News18, Outlook.com, India Today, India.com, International Business Times and more.

Viral Message Verification:-  Looks like after the technology entry in Pakistan and other country, the Chinese are also infiltration the language of One country Pakistan. As per several media houses running in India goof up over the language of Pakistan that they are going to use Mandarin as their official language.

It looks like this was picked up after a tweet from Pakistan’s Abb Tkk, a local television channel from Pakistan.

Naila Inayat tweeted “Pakistani Senate approves motion to declare Chinese as 'Official Language'. Not to forget that regional languages of Pakistan face extinction and Senate wants to impose Chinese because of #CPEC?”

Pakistani Senate approves motion to declare Chinese as 'Official Language'. Not to forget that regional languages of Pakistan face extinction and Senate wants to impose Chinese because of #CPEC? pic.twitter.com/vQsWj5Julf

However as can be seen from the Pak government site http://senate.gov.pk

This House recommends that, in view of the growing

collaboration between Pakistan and China under the CPEC, courses of the Official Chinese Language should be launched for

all current and prospective Pakistani CPEC human resource in

Clearly it can be seen that Pakistan might be inching towards Mandarine, but it has not yet been declared as their official language.

A motion about Mandarin was in fact passed in the Pakistan senate, but it was about teaching the official Chinese language to citizens.

Also as per the cpecinfo 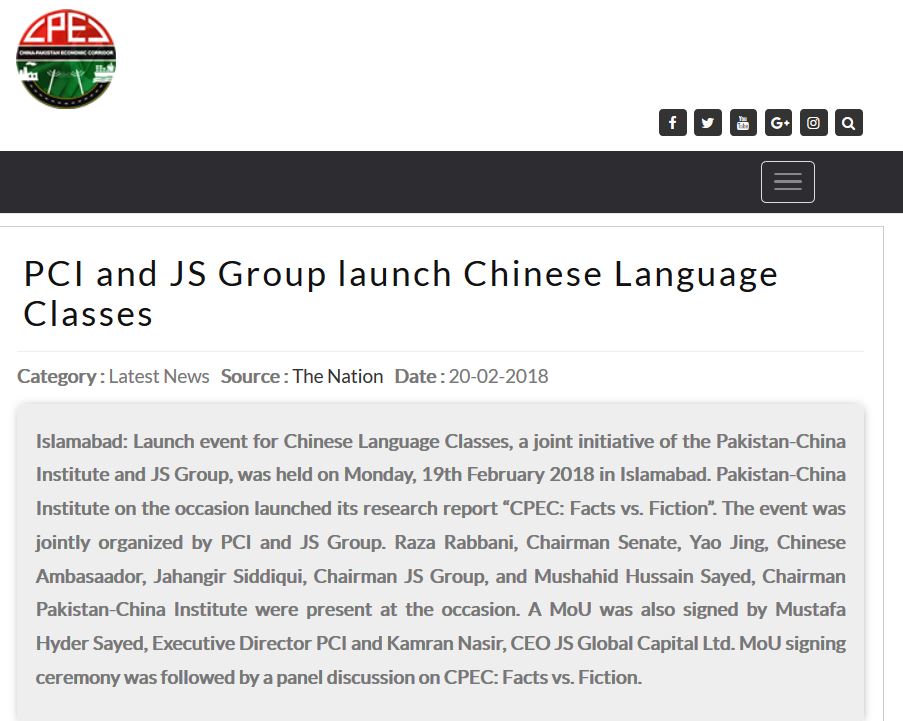 Mandarin approved as official language of Pakistan
ANI | Updated: Feb 19, 2018 23:10 IST
Islamabad [Pakistan], Feb 19 (ANI): The Pakistani Senate on Monday approved a motion to declare Mandarin as one of the official languages of Pakistan.
The motion said the step was necessary in view of ties between Pakistan and China, AbbTakk News reported. 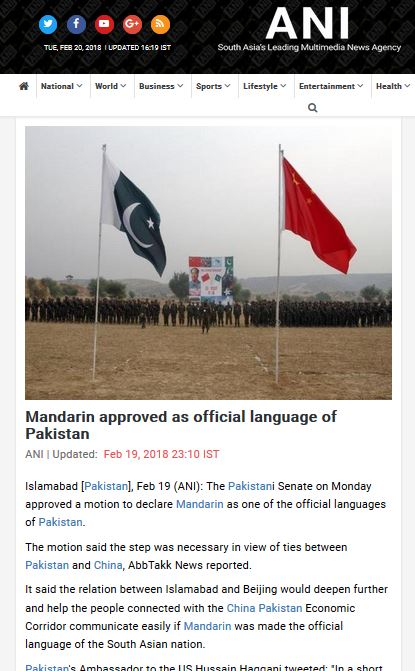 China is creeping slowly into Pakistan and someday they will rule us but we are so blind to see that. As long as our politicians are getting kickbacks, all is good 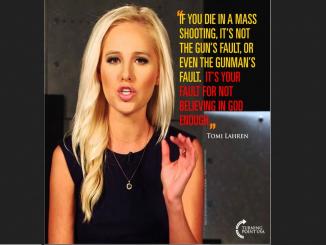 Fact Check: If you die in a Mass shooting, Tomi Lahren