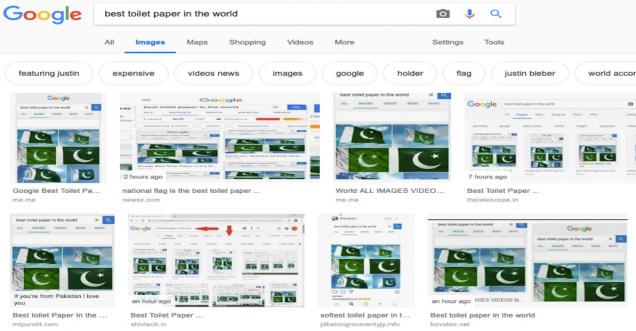 Viral Claim: For some time since 14 Feb, Google search result for Best toilet paper in the world, best china made toilet paper, or toilet paper used to show Pakistan flag

Best toilet paper in the world 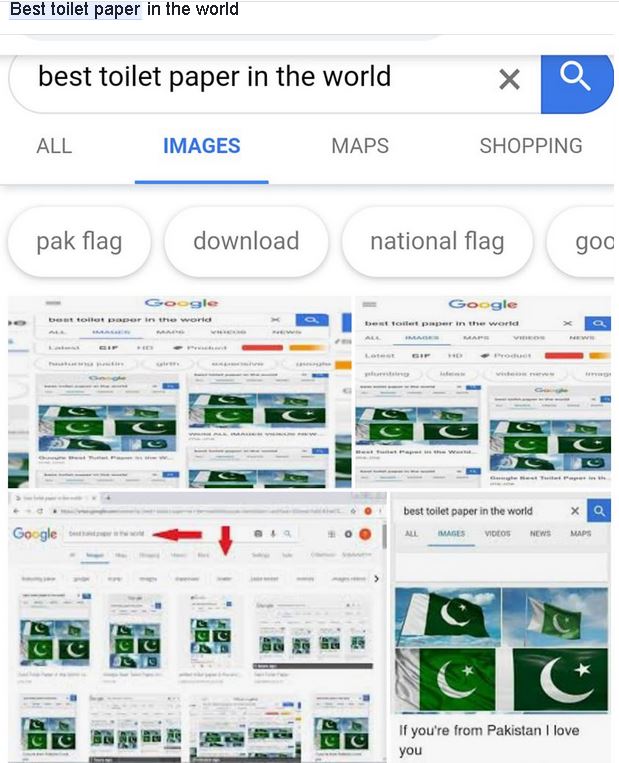 Facts Check Analysis Ever since the Pulwama attack by the terrorist organization from Pakistan, which killed 41 Indian soldiers? Google search results for the keyword like “Best toilet paper in the world, best china made toilet paper, or toilet paper used to show Pakistan flag”.

Pakistan-based Islamist terrorist group Jaish-e-Mohammad said it was behind the attack.

Looks like the number of people from across the world, in the same time started searching for the toilet paper, with a combination of Pakistan based flag or color. Still no one knows how the Google search algorithm works. But the results showed the Pakistan flag in the search.

Soon after this was viral on the social media and people started taking snapshots and sending across all the form of social media.

Now Google has corrected this technical glitch and the search results just showed the news related to the search. Google has not yet said on how this could have happened.

It has happened earlier as well when Google has shown some strange result.