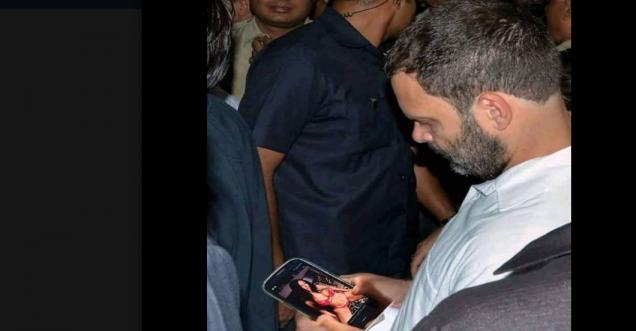 Brief Outline: A fake image of Rahul Gandhi looking at his mobile with a picture of a women in a bikini is going viral. The image is not real and photo shopped.

Facts Check Analysis: The photoshopped picture of Rahul Gandhi purportedly showing him watching bikini women is not real. The real image can be seen below from November 2016. The picture is available at Getty images.

As per Getty images “Indian National Congress vice-president Rahul Gandhi carries old denomination 1000 rupee notes at a bank as he arrives to exchange them in New Delhi on November 11, 2016. Long queues formed outside banks in India as people crowded into...