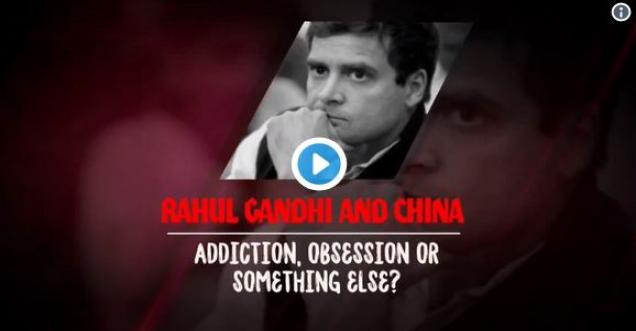 Brief Outline: A Video posted on Social Media platforms by the Bharatiya Janata Party (BJP) official Twitter account on August 31, 2018, titled Rahul Gandhi and China: Addiction, obsession or something else?

Rahul Gandhi and China : Addiction, obsession or something else? pic.twitter.com/tXDe2i8Ch2

The video makes fun of Rahul Gandhi and goes on telling “Rahul Gandhi along with Robert Vadra and Priyanka Vadra met the Chinese envoy, they called it a meeting during a Chinese food festival. And now, six months after that, Rahul Gandhi has met a delegation of the Communist party of China. Again, pictures on your screens, BJP has questioned Rahul’s meeting with the Chinese delegation. They are asking did Rahul Gandhi keep the Ministry of External Affairs in the loop? Anand Sharma can also be seen in the pictues over there…”

The first image used in the video showing Rahul Gandhi, Robert Vadra and Priyanka Vadra posing for a photograph with the Chinese ambassador to India. Earlier as well this image was used during in2017, in the conflict between India and China at  Dokalm.

So where is this image from? The Image is from Chinese Embassy website, posted on April 21, 2017.

Translated as: On April 20th, at the invitation of Ambassador Luo Zhaohui, the Vice-President of the Congress Party, Rahul Gandhi, and his sister, Plyyanka, were invited to the "Chinese Diaoyutai Food Festival" at the Taj Palace Hotel. The two sides tasted the Chinese food culture in a relaxed and pleasant atmosphere and exchanged opinions on topics of common interest. The ambassador’s wife, Jiang Yili, and Zhou Yuyun’s counselor attended the event. 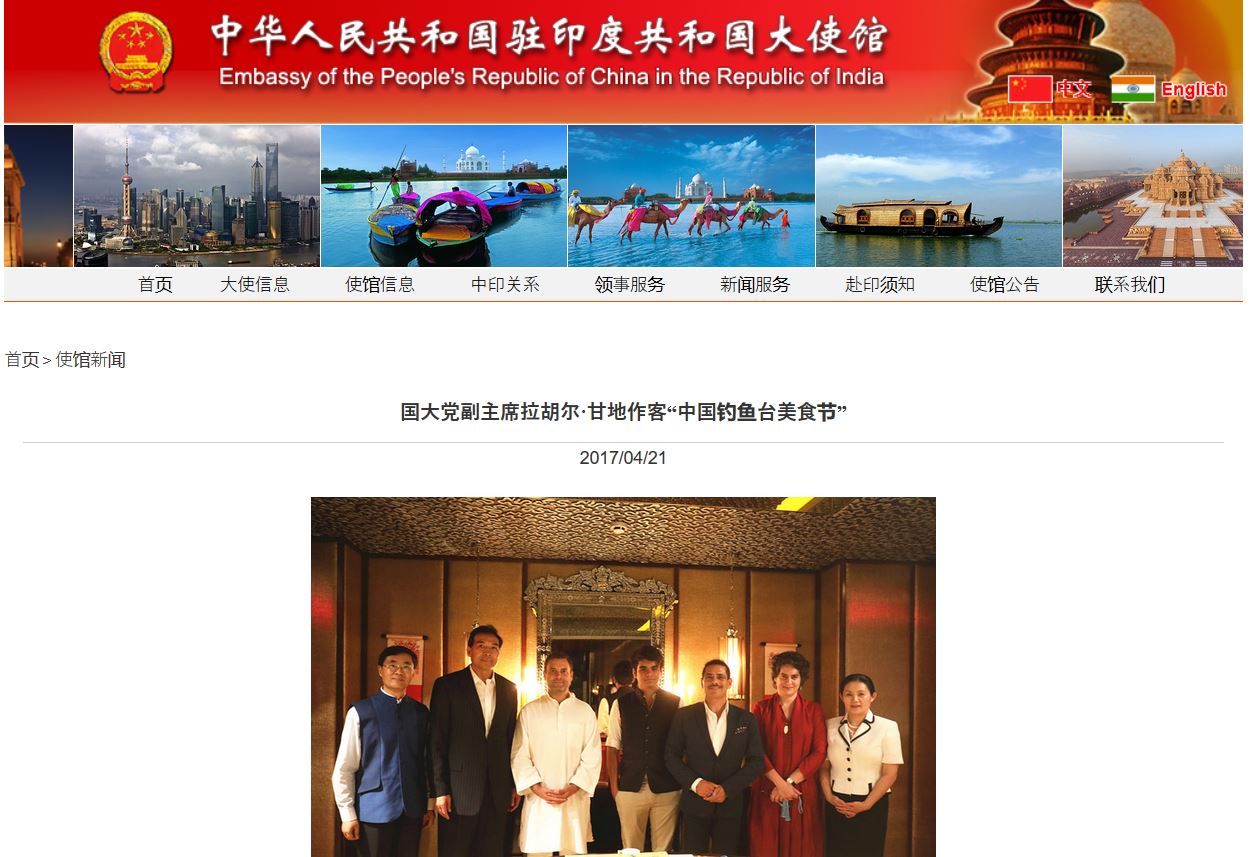 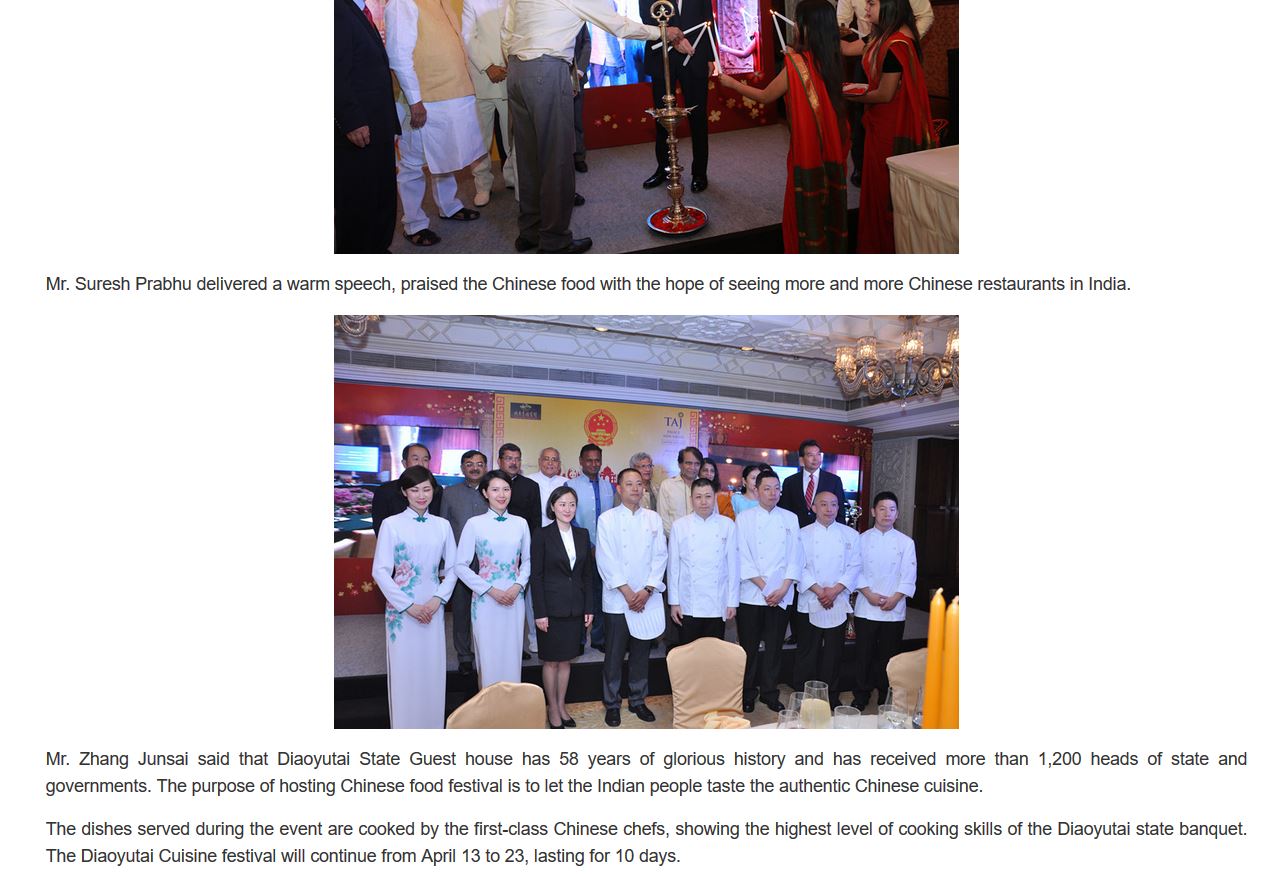 So the question used by the BJP speaks another language, but the image used in the video is not saying what the words are being said