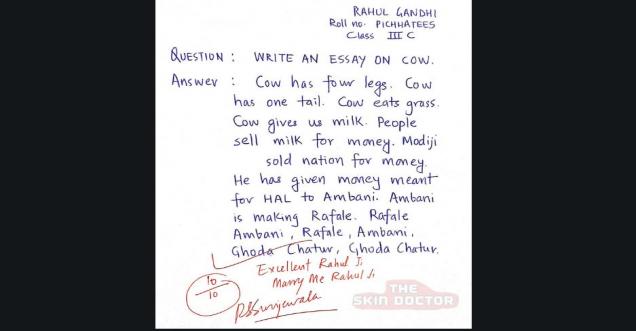 Viral Claim: A satire photo of the Congress president viral on the social media, where the twitter user has posted it as Rahul Gandhi Essay on Cow.

I've found out the class 3rd English answer sheet of Rahul Gandhi where he wrote an essay on cow.

Question: Write an Essay on cow.

I've found out the class 3rd English answer sheet of Rahul Gandhi where he wrote an essay on cow. pic.twitter.com/W8lF0CFPAq

Facts Check Analysis: Though the tweet is just a satire, however it has been widely shared on the social media. There is no truth in the information.