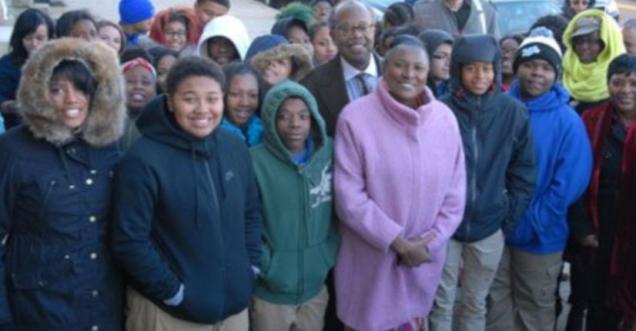 Viral Message: On the anniversary of the addition of the African Arts Museum, the non-profit has announced that it will give a “$5 discount” to all people of African-American origin.

Viral message example- The Smithsonian Institute in Washington DC is the 2nd largest museum complex in the world next to The Hermitage in St. Petersburgh. For over 300 years, the Smithsonian has graced our national mall and helped to make DC the exciting tourist town it is today.

Now, on the anniversary of the addition of the African Arts Museum, the non-profit has announced that it will give a “$5 discount” to all people of African-American origin. Since admission to the museum is free, the “voluntary reparation” will be handed out in the form of a gift card good for use at any of the museum’s gift shops or cafeterias.

Smithsonian spokesman Art Tubolls says the gift cards are the company’s way of apologizing to black people for the horrors of slavery and the ensuing 150 years of institutional racism:

Viral Message Verification:- The news about the Smithsonian Museums Will Offer $5 ‘Apology Discounts’ To Black People was first published in the website dailyworldupdate,. The archive link of the news (archived here). This news was first published on March 17, 2018 on satirical website Daily World Update.

The answer is no, there is no $5 discount” to all people of African-American origin. This news is just creativity.

The site Daily World Update comes with a clear satire disclaimer at the bottom of each article:

sat·ire ~ˈsaˌtī(ə)r
noun
the use of humor, irony, exaggeration, OR ridicule to expose and criticize people's stupidity or vices, particularly in the context of contemporary politics and other topical issues.
If you disagree with the definition of satire or have decided it is synonymous with "comedy," you should really just move along.

We did not find any reference to the spokesman named as Art Tubolls.

We declare this as a fake message and recommend our readers not to check the fact before spreading Daily World Update news content.