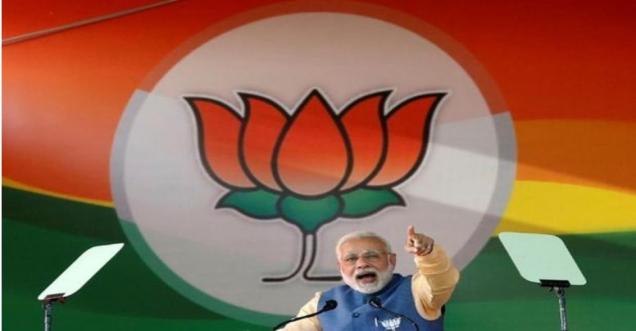 Brief Outline: Is BJP all set to come out as the single largest party in the upcoming Karnataka assembly elections as per C force survey and get 95 ro 100 seats while the expected runner up Congress is expected to win 80 to 85 seats.

Viral Example: BJP is set to come out as the single largest party in the upcoming Karnataka assembly elections as per C force survey. The party is expected to get 95 ro 100 seats while the expected runner up Congress is expected to win 80 to 85 seats. JDS remains the distant third party with around 40 seats while the remaining seats to be won by other candidates.

The special status announced by Siddaramaiah Government for Lingayats didn’t seem to work well. 85% of the lingayats will again vote for BJP and BS Yeddyurappa is still their preferred leader. The decision to contest from 2 seats by CM Siddaramaiah hasn’t resonated well on ground with the public. In 2 separate high voltage contests, Siddaramaiah is expected to lose both the seats by more than 5% margin.

C force conducted the pre-poll survey in Karnataka between April 20th and 30th, 2018. Systematic random sampling methodology was used in selecting respondents for the survey. In all 12486 voters were interviewed from 120 assembly constituencies covering all regions using a structured questionnaire. Care was taken to ensure that different castes and communities were represented in the sample in their actual proportion. The survey has a margin of error of 2 percentage point at 95 percent confidence level, C force said

Detailed Analysis: On May 1st, 2018, a disreputable website bangalore-herald.com published news (archive here) on the survey of Karnataka survey and claimed that BJP will for the government.

We did not find any survey as agency called C-Force, however a similar Gurugram-based C-Fore have predicted a win for the Congress Government in Karnataka.

However looking at the survey size of the C-Force survey of just 6247 people and deciding the overall result is again doubtful, yet many news website have taken this as a cue and give the Congress party a clear majority in the upcoming election.

Congress to get clear majority: Survey - Times of India

BENGALURU: Pollsters have predicted a hung assembly but C fore on Monday foretold an absolute and clear majority for the ruling Congress, with 118 to 128 seats. As per the C fore survey, BJP will get 63 to 73 seats, with JD(S) coming in third with 29 to 36 seats.

The article from bangalore-herald.com was shared on facebook and has gained more than 2199 shares on the social media.The website bangalore-herald.com, has been created recently. The  whois.com says that the site was created one month ago with a fake US phone number. Most of the links on the websites have been taken from another websites and if you click on the links it would take you to the respective websites. 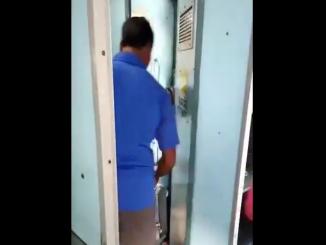