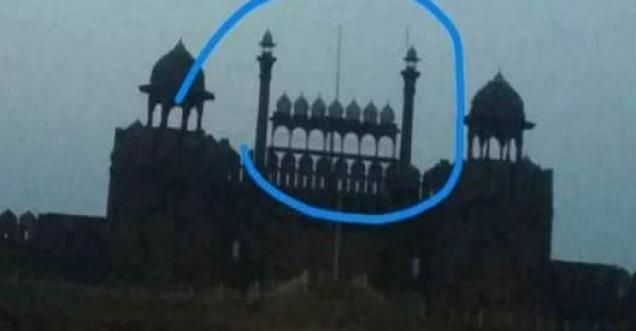 Brief Outline: A photo shared on the facebook, with the caption that in 70 years the National flag has been removed had been shared by more than 29,000 times on the social media.

Origin: The Image is widely popular on the social media sites.

Detailed Analysis: A photo shared on the facebook, with the caption that in 70 years the National flag has been removed had been shared by more than 29,000 times on the social media. People are also criticizing the removal of the flag.

The facebook group is run by the supporters of the congress fan. It is more likely the flag has been removed due to some maintenance work.

So when the flag can be put down, as per the section 3, of the Indian flag code

Where the practice is to fly the Flag on any public building, it shall be flown on that building  on all  days including Sundays and  holidays and,  except as  provided  in this  Code,  it shall  be  flown  from  sun-rise  to  sun-set  irrespective  of  weather  conditions.  The  Flag  may  be flown on such a building at night also but this should be only on very special occasions. 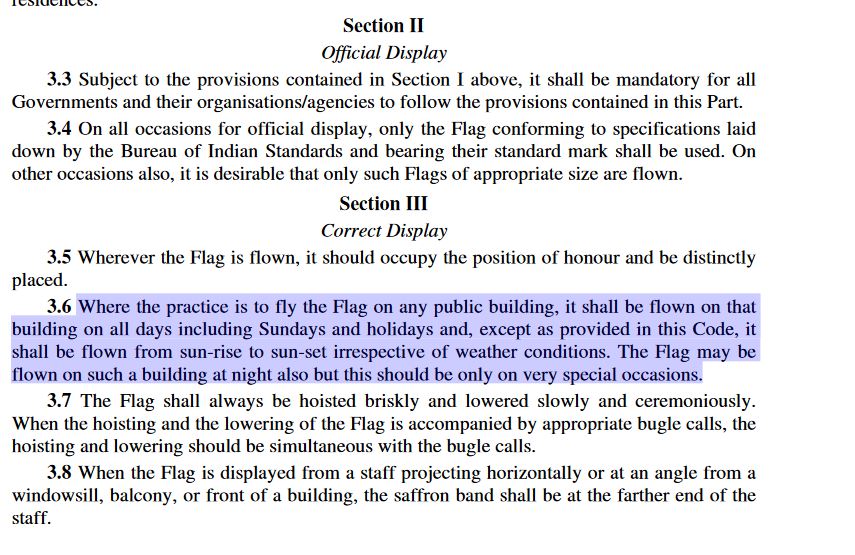 Strict compliance of 'Flag Code of India, 2002' and 'The Prevention of Insults to National Honour Act, 1971'

The Ministry of Home Affairs has issued an Advisory to the Chief Secretaries/Administrators of all State Governments/UT Administrations, Secretaries of all Ministries / Departments of Government of India, reiterating to ensure strict compliance of the provisions contained in the 'Flag Code of India. 2002' and 'The Prevention of Insults to National Honour Act, 1971'. The Advisory directs that mass awareness programmes be carried out in this regard and also give wide publicity through advertisements in the electronic and print media.

The Advisory states that the National Flag represents hopes and aspirations of the people of our country and hence should occupy a position of honour. There is universal affection and respect for, and loyalty to, the National Flag. Yet, a perceptible lack of awareness is often noticed amongst the people as well as organizations/agencies of the Government, in regard to laws, practices and conventions that apply to 'display of the National Flag’.

Further, it has been brought to notice of the MHA that on important events, the National Flags made of plastic are also being used in place of paper Flags. Since, the plastic flags are not biodegradable like paper flag, these do not get decomposed for a long time and ensuring appropriate disposal of National Flags made of plastic commensurate with dignity of the flag, is a practical problem. It may also be noted that as per Section 2 of ‘The Prevention of insults to National Honour Act. 1971’ - Whoever in any public place or in any other place within public view burns, mutilates, defaces, defiles, disfigures, destroys, tramples upon or otherwise shows disrespect to or brings into contempt (whether by words, either spoken or written, or by acts) the Indian National Flag or any part thereof, shall be punished with imprisonment for a term which may extend to three years, or with fine, or with both.

The Advisory states that on important national, cultural and sports events, Flags made of paper only are used by public in terms of the provisions of the 'Flag Code of India, 2002' and such paper Flags are not discarded or thrown on the ground after the event. Such Flags are to be disposed of, in private, consistent with the dignity of the Flag. Wide publicity, for not using the National Flag made of plastic, should be made along with its advertisement in the electronic and print media.

A copy each of 'The Prevention of Insults to National Honour Act, 1971' and 'Flag Code of India, 2002' which governs display of National Flag, are available on the links below for strict compliance of the provisions contained in the Act and the Flag Code

The bench headed by Chief Justice V N Khare said that under Article 19(1)A of the Constitution, citizens had the fundamental right to fly the national flag on their premises around the year, provided the premises do not undermine the dignity of the tricolor. 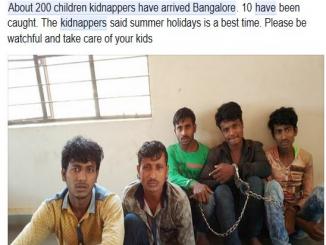