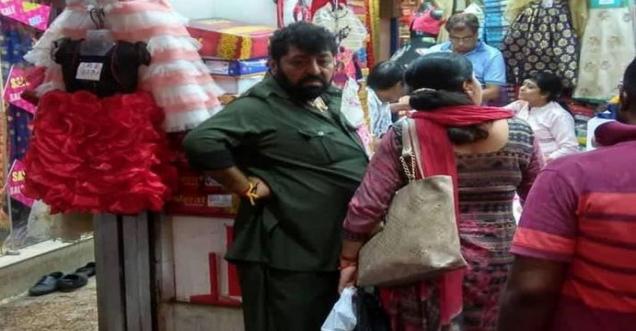 Brief Outline: A viral Picture of Gabbar Singh look alike is going viral on the social media, the famous actor Amjad Khan in the 1975 movie Sholay movie, claiming to be from pakistan.

This picture of a man in #Karachi bearing a stark resemblance to popular Bollywood villain Gabbar Singh is doing the rounds on social media.

This picture of a man in #Karachi bearing a stark resemblance to popular Bollywood villain Gabbar Singh is doing the rounds on social media. pic.twitter.com/CVD1rjfelg

Facts Check Analysis: If you have seen the movie Sholey, you will tend to believe that this is real Amjad Khan, however he is a look alike of the famous iconic actor. The person in the photos is having identical outfit and hair, and is standing in a crowded market area.

The above news was posted in Times Now on August 2, claiming that this person was spotted in Karachi. It was posted by other media organisations, like Zee News, Jansatta, Dainik Jagran, Financial Express, News18 Punjab and Republic TV among others.

So what is the origin of this picture, is it from India or from Pakistan or some other country.

An article published by Kolkata 24X7 reported that Gabbar Singh Is Back In Dakshineshwar. Dakshineswar is a neighbourhood in Kamarhati municipality in Barrackpore subdivision of North 24 Parganas district in West Bengal, India. Dakshineswar is considered to be a part of Ariadaha. Kamarhati is a part of Kolkata Urban Agglomeration. 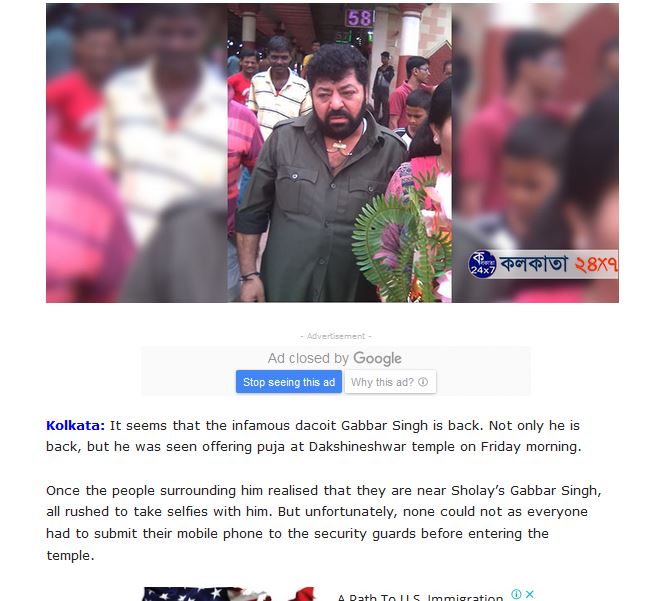 So the fact is the Gabbar Singh look alike is from India and not from Pakistan, but from Kolkata, India.