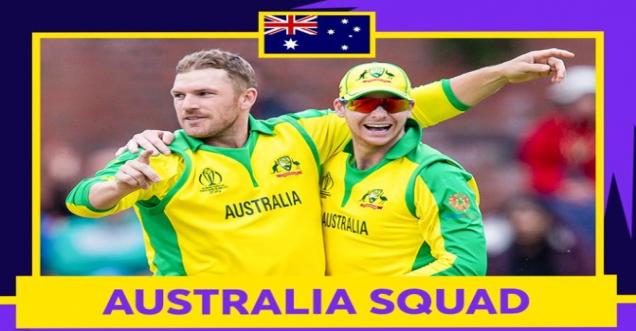 The ICC T20 World Cup is going to start on October 17 in the UAE and Oman, in which the Australian team will go with the intention of winning their first title. In this tournament, the Australian team will be captained by Aaron Finch, who will be supported by David Warner and batsmen like Steve Smith and Glenn Maxwell. At the same time, Pat Cummins, Josh Hazlewood and Mitchell Starc will be responsible for the fast bowling.

The matches of the ICC T20 World Cup will be played in Dubai, Abu Dhabi, Sharjah and Oman in UAE. Qualifier matches will be played in the tournament from October 17 to 22. After this, the Super-12 round will start from 23 October.

Two groups have been formed in Super-12. Australia, England, South Africa and West Indies are included in the first group, while Afghanistan, India, New Zealand and Pakistan have been kept in the second group.

Can they fill the empty spot in the trophy cabinet?

Australia have announced an 18-man squad for their white-ball tours of West Indies and Bangladesh, which begin next month.#WIvAUS | #BANvAUS pic.twitter.com/7Y3pBX65ui