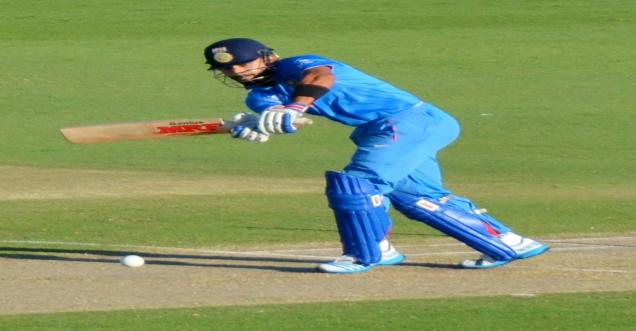 Pune, Ind vs Eng, 1st ODI - Indian captain hits his 27th hundred in ODIs in a chase of 350 against England in first match of series. #INDvsENG.

It was not at all an easy target, but centuries hit by skipper Kohli and Pune local boy made it look easier.

Note - If you face difficulty in watching this video here, then you can click the link, it opens instagram page where it is availaible.

Winning runs came from Ashwin's bat by hitting a huge 6 -

Sealed with a a six! India win by 3 wickets and take a 1-0 lead after a sensational batting show in the first ODI in Pune. #INDvENG

Local boy @kedarjadhavofficial registers his century in Pune and a gets a hug from captain @virat.kohli. #TeamIndia #INDvENG

King Kohli! You cannot stop him. @virat.kohli brings up his 27th ODI ton in the series opener in Pune. #INDvENG #TeamIndia

Kedar Jadhav completest his half Century

India on the attack as @kedarjadhavofficial joins the party with a fiery fifty off just 29 balls. #TeamIndia #INDvENG

Virat Kohli completest his half Century

Captain @virat.kohli brings up his half-century in 44 balls. That is his 10th 50 plus score in his last 14 ODI innings. #TeamIndia #INDvENG