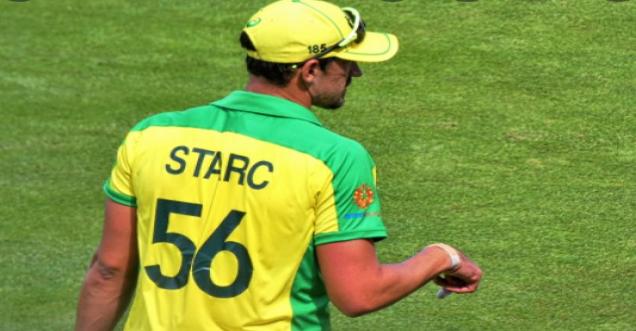 Dubai| Australia pacer Mitchell Starc is uncertain of Thursday's ICC Men's T20 World Cup match against Sri Lanka after suffering a leg injury during training. According to reports in Australian media, Starc was seen limping and in pain during net practice on Wednesday evening. After that, the Australian team management is closely monitoring his condition.

Starc, one of the world's top white-ball bowlers, was seen limping and practising in pain during a nets session at the ICC Academy here on Wednesday evening. The left-arm pacer suffered an injury just above his right knee while bowling during a net session on Tuesday evening and was clearly feeling uneasy.

Although Starc was seen bowling with a sleeve on his right leg on Wednesday according to a report, he was seen running out of the net with the help of medical staff and suffering from pain before going for treatment.

The Australian team management has not yet officially informed about his injury and treatment, but it is feared that Starc may miss Thursday's match against Sri Lanka.

If Starc is absent in this match, Ashton Agar is likely to make it to the playing XI as a replacement. Starc played a key role in Australia's victory against South Africa, taking 2/32 in four overs.