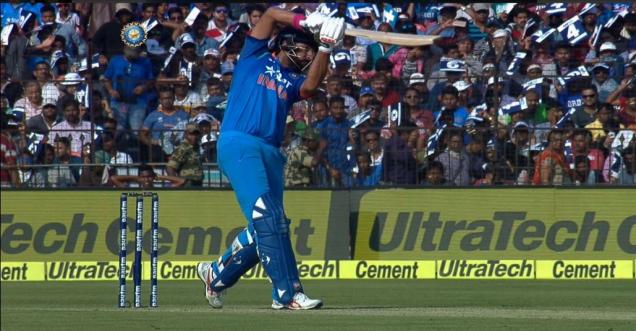 Ind Vs England, 2nd ODI, Cuttack:  Two matches, two win and what a incredible and convincing win. The present Indian team which is the best team in the world pulls yet another emphatic win over England and clinched the series.

Why old is gold you don’t need to Google out just see the present Indian team two Key players Dhoni and Yuvraj who made it so easy for the mammoth score of 381 Runs and  India wins the 2nd Odi against England.

Some of the important highlights of the 2nd ODI are

Yuvraj sets cricket on fire while making 150 runs in  21 fours and three sixes in his career-best knock in ODIs.

Yuvraj Singh (150) and MS Dhoni (130) unleashed fireworks at the Barabati Stadium and helped India pocket the three match ODI series. Dhoni and Yuvraj forged a record 256-run stand for the fourth wicket and helped India post a mammoth 381 runs on board. England in reply were restricted to 366/8 as India won the match by 15 runs.

​Dhoni anoter player from team India crossed the three-figure mark whose last hundred coming way back in 2013 when he struck an unbeaten 139 against Australia at Mohal, lomg time for him as well. Dhoni did this by 10 fours and half a dozen sixes, scoring his 10th ODI hundred in the process and first since handing over captaincy to Virat Kohli.

It was raining sixes and fours especially in the last 10 overs with India plundering 120 runs.

On a flat track, India were able to defend the total as Virat Kohli won his first series as full-time skipper.
​R Ashwin picked three wickets and played a key role in providing vital breakthroughs.

​R Ashwin was back at his best as the off-spinner bowled an attacking line and deceived the batsmen.
Although the England batsmen went after the Indian bowling, the men in blue were able to hold their nerve and take an unassailable lead of 2-0.

​Jason Roy who made a brilliant 82 was castled by Ravindra Jadeja.

​Ravindra Jadeja made a crucial breakthrough and most importantly didn't allow England to run away with the game.

​Eoin Morgan played a blinder of an innings and slammed a counter-attacking century but failed to take England over the line.

Bhuvneshwar Kumar halted England's progress as the medium pacer knocked out Moeen Ali to shift the momentum in India's favour. England needed 22 off the final over, seamer Bhuvneshwar Kumar maintained his nerves and conceded a mere six runs in the last over.

The Virat Kohli-led and the team in Blue restricted England to 366-8,

Prior to this innings, Yuvraj Singh last hit a century against West Indies in the 2011 World Cup.

The third and the last ODI will be played in Kolkata on Sunday 22nd January ahead of the three-match T20 series.