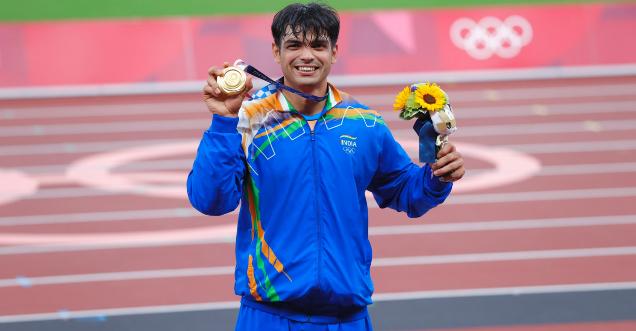 New Delhi: India’s best-ever Olympics medal haul at the recently concluded Tokyo Games has had an impact on Indian parents, according to a survey.

At the Tokyo Olympics in Japan, India won seven medals including 1 gold, 2 silver and 4 bronze. Javelin thrower Neeraj Chopra won India’s first-ever gold in track and field at the Olympics.

LocalCircles conducted a survey to find out how closely did Indian families track the Olympics this year.

It also sought to understand that given India’s performance and the rise of India’s sports celebrities, have Indian parents become more supportive if a child or a grandchild in their family was interested in taking up a sport outside of cricket as their career?

This seems to be a significant increase in comparison to 2016 where a similar LocalCircles survey had indicated that less than 20% of Indians were tracking India’s performance in Olympics. Citizens via LocalCircles in 2016 had demanded a major overhaul of sports in India highlighting that all sporting bodies must have a sportsperson at the helm instead of a bureaucrat or a politician. A rise to 51% indicates that many more Indians tracked Tokyo Olympics closely. It is also worth noting that on the day of the Women’s Hockey match at the Olympics, India and England cricket test match was being played but most eyeballs were glued to the Women’s Hockey semi-final match.

The next question in the survey asked Indian parents that if a child or a grandchild in their family is interested in a sport outside of cricket, would they want them to take that up as a career. In response, the majority of 71% of Indian parents surveyed said “yes” they would support such a career plan of a child or grandchild in their family. There were also 19% of Indian parents who said they won’t support their child taking sports as their career. 10% did not have an opinion. This question in the survey received 8,348 responses.

“Once again this is a drastic rise from the survey result in 2016 where approximately 40% of parents had said that they would support their child taking up a sporting career outside of cricket,” LocalCircles said.

“In summary, the Tokyo Olympics has marked a step-change in the level of interest Indians take in non-cricket sports. With 51% of Indian families having 1 or more individuals watching or tracking Tokyo Olympics 2021 and 71% of Indian parents saying that if a child in their family was interested in a sport outside cricket, they would support them in taking it as a career is a big thumbs up,” it added.