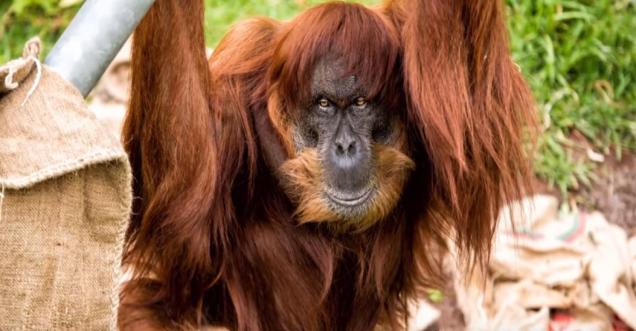 Farewell to the Oldest Sumatran Orangutan in the World!

The oldest orangutan in the world, due to age related complications. Puan was one of a kind, an individual to the end. She was a grand old lady who demanded respect and earned respect. As the founder of our world renowned breeding program her legacy is phenomenal with descendants living all over the world. Rest in peace Puan, may you climb happily in the jungles of the sky.

Puan, Known as the “grand old lady” of Perth Zoo, was euthanized on Monday due to age-related complications. A critically endangered species, Sumatran orangutans rarely reach age 50 in the wild, the zoo said. She had been at the zoo since 1968, and was officially recognized by Guinness World Records as the oldest of her species in 2016.

Believed to have been born in a jungle in Sumatra, Indonesia, in 1956, Puan left an “incredible legacy” of 11 children and a total of 54 descendants across the US, Europe and elsewhere, the zoo said.

Some of Puan’s descendants have been released back into the wild in Sumatra.

According to the World Wildlife Fund, there are only about 14,600 Sumatran orangutans.

Puan's chief zookeeper wrote an obituary published in The West Australian newspaper on Tuesday. "Over the years Puan's eyelashes had greyed, her movement had slowed down and her mind had started to wander," Martina Hart wrote.

"But she remained the matriarch, the quiet, dignified lady she had always been."