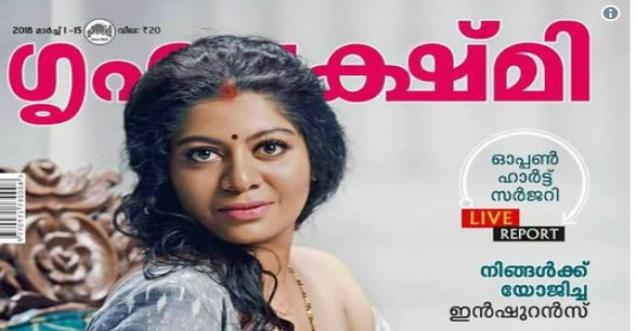 India, Kerala: Breastfeeding in open is a taboo; however a Kerala Magazine Shows Woman Breastfeeding A Baby, and the twitterati Lauds The Path-Breaking Cover. We all know how breastfeeding is important for a child, however it is uncommon to find a women breastfeeding a child in the open, in public areas, as this may give attraction to the uncivilized people around, even it is not encouraged by the other women’s as well.

In a bid to change the mentality of the people a Malayalam magazine Grihalaxmi. Took the initiative and gave a bold picture of famous poet and model Gilu Joseph breastfeeding a baby on the cover of the magazine.

The cover has created quite a buzz already, with people praising the magazine and Joesph’s vision and bold step.

Gilu Joseph, who featured on the cover of the issue, said that she dedicated this to all the mothers who want to feed their babies openly and with pride. When she was approached with the project, Joseph did not think twice before agreeing to be a part of this. She said that she thinks of breastfeeding as a privilege that only a mother has.

On being asked on any apprehensions before saying yes to this campaign, the 27-year-old said she had none of that sort. “I am extremely proud of my body and only I exercise rights over it. I only do things that I think is right for me, which is why I had no qualms in taking up this project” .

This is nothing to be afraid of or embarrassed about. It is a very genuine need. In today’s society which shuns open breastfeeding, a campaign like this is a great thing and I am proud to be a part of it.

Gilu says it was not a decision that her conservative Christian family endorsed. She told Indian Express Malayalam that her mother and her sisters, of whom one is a nun, did not approve of her posing for the campaign.

Joseph said her family did not and still doesn’t support her decision of having taken this up.

Moncy Joseph, editor-in-chief of Grihalakshmi says that the campaign is intended for men and women.

So many times, new mothers are helpless when their children cry of hunger, simply because they are unable to feed in public. This has to change. Breastfeeding is a matter of pride, and women have to be able to feed their children freely and openly. You don’t need feeding rooms to feed your children. So we figured that having a discussion around this would be the most relevant thing to do this Women’s Da

Kudos to the editors, writer and model, for being progressive and traditional at the same time. Mothers Milk ,its health benefits should be known and celebrated, not shamed for 'public' feeding

Flake on the social media

However, the campaign has also received considerable flak on social media, for portraying a very sanitised version of motherhood and breastfeeding. Many have questioned why a model and not a real breastfeeding mother was used in the cover page – especially when the baby in the picture was not hers.

However many are also pointing to the people who has not gone through parenthood, it will be tough for them to understand, why we need to feed a child in the open public place.

Some even had suggestion on the social media, some really good one

This is  basic culture of followers of Sanatan dharma whether it's Hindu,Sikh or jains..we treat breastfeeding women as the purest being on this earth..staring problem may be with others..u may teach those wo order women cover her body and punish women for just showing their face

This is not the first time a magazine has put up a cover of a woman breastfeeding a baby. Earlier as well, magazines like Elle conducted such photo shoots and added a cover picture like Grihalaxmi one to celebrate the beautiful act and to normalize breastfeeding. 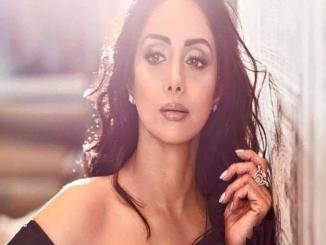 Why did Sridevi faint in the bathtub? Did she take alcohol?