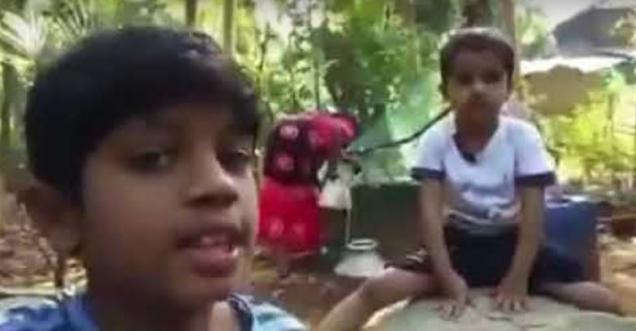 India, Kerala: In the video that is being widely shared online, a grandmother can be seen falling into a well, as two of her grandchildren pose for a selfie.

India, Kerala: A sad video from Kerala is viral these days where a young boy is taking video of his younger brother and his grandmother around, who is bent over a well to take out water from the well.

The kids can be seen all exited in taking the video and selfie altogether, what follows is the sudden fall of their grandmother into the well.

The small kid drops the phone and shouting for her grandmother. As reported by thenewsminute, this is not a real incident or fatal death accident. However it turned out to be a promotional video for a film.

Radhakrishnan, reportedly an upcoming director, called for a press meet in Palakkad. With him was Shornur-native Rajalekshmi Amma. Yes, the same grandmother in the video, reported thenewsminute. Radhakrishnan wanted to convey how easy it was to make a viral video and circulate it over the social media.