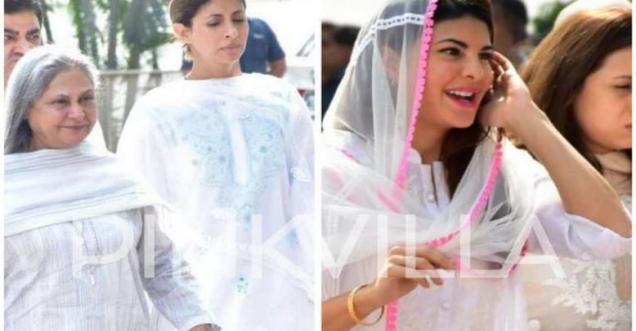 For the last glimpse of Bollywood actress Sridevi, all the Bollywood stars were present at the Celebration Sports Club. In such a situation, Jacqueline Fernandez and Jaya Bachchan went there to see Sridevi's last appearance.

But there was a smile on the face of Jacqueline Fernandes and Jaya Bachchan which was captured on the media camera.
Now this picture is getting viral on social media and people are trolling hard on Jacqueline Fernandez. Many people have tweeted this photo, which says that this is the whole industry is fake industry.

Look how much sad are Jaya Bachchan and Jacqueline Fernandez on demise of #Sridevi.
You are not shooting for a movie daam it. Atleast being actors you should have learned to fake emotions.#FakeWorld#Sridevifuneral #bindasladki pic.twitter.com/YYAxPVPRx8

Bollywood’s first female superstar Sridevi died on February 24, 2018, reportedly due to accidental drowning in her hotel bathtub after losing consciousness.

Late Sridevi  had gone to attend her nephew Mohit Marwah’s wedding along with husband Boney Kapoor and daughter Khushi in Dubai while Janhvi Kapoor couldn’t even be there for the wedding owing to her shoot schedule. 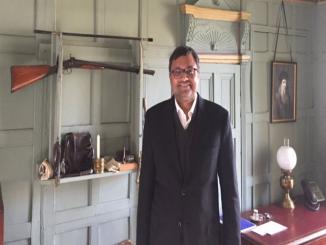 Karti Chidambaram would spend night in Jail, no relief as one day police custody