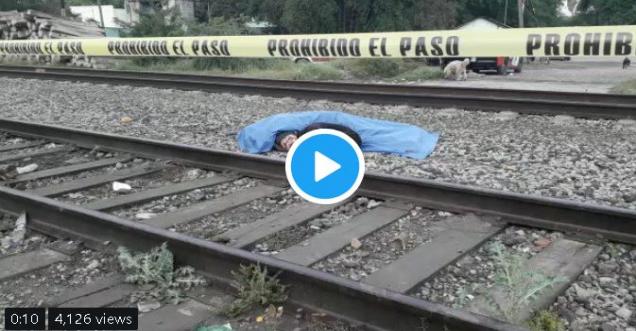 A video of a pet dog lying by the owner of the pet dog is going viral over social media. The owner was hit by a train.

As per reports the person Victor Reyna Vazquez was drinking alcohol near the tracks when he was hit by a coming train. He passed away in the early hours of the morning near the track. The dog was later forcefully removed from the scene.
The video was released by a user YariEdebaldo and captioned as “This puppy takes care of the body of its owner after dying after being run over by the train in Montemorelos. “

To make an instant donation to ayupp.com, click on the "Donate Now" button above.
Tags loyal dogLoyal dog lying by the dead body of owner hit by train