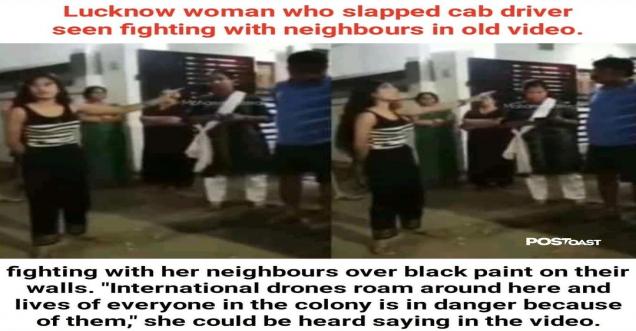 Lucknow Girl Viral Video: A video that quite viral on social media shows a woman in Uttar Pradesh's Lucknow getting into a fight with a cab driver and during this, the woman slapped this driver not once or twice but more than 20 times.  In the video the woman named, Priyadarshini slapped a cab driver in the middle of the road in Lucknow went viral a few days back, now another video of the same girl is viral again.

Priyadarshini says that the neighbour’s gate is black in colour; due to this, the lives of the people of the entire colony are in danger. She is telling the policeman present there that the neighbour should be ordered to paint the gate colour other than black. Due to the black paint, the lives of other neighbours are in danger. Hearing this from Priyadarshini, all the people present there to start laughing.

In an old video that has gone viral on social media, Priyadarshini asks her neighbour to change the colour of her gate to black. In such a situation, she talks about the danger of life caused by it on the people of the entire colony, arguing for the international drone, on which everyone starts laughing there.

The police officer assured to handle the situation that he would explain to the neighbours and would give them in writing to change the colour of their gate. During this, Priyadarshini complains to the female policeman and says that her neighbour abused her and said that Barack Obama is your father.

Viral Video: A Girl Continuously Beating a Man (Driver of Car) at Awadh Crossing, Lucknow, UP and allegedly Damaging his Phone inspite of him asking for Reason pic.twitter.com/mMH7BE0wu1 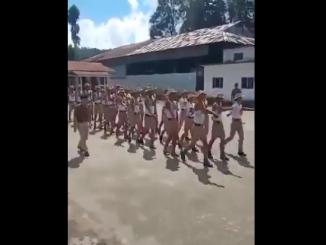