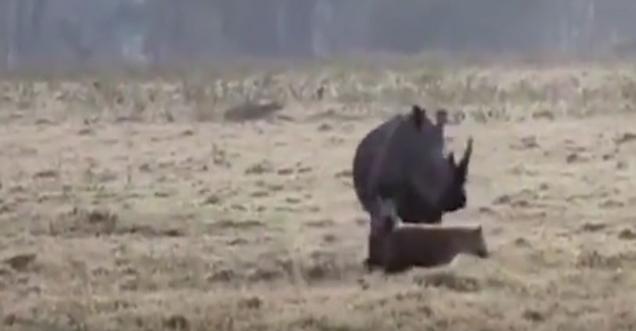 In a video of rhino  mother and of a calves that how the mother protect her kid can be interesting to anyone and especially if the baby is saved.

The video was shot at the Nakuru region of Kenya, an area popular with tourists Most mothers will go to any lengths to make sure their kids are kept safe from harm. But not all mum's are faced with the headache of protecting their offspring from a ravenous pack of hyenas.

Fierce mother rhino chases hungry hyenas away from her tiny baby in Kenya Footage shows a pack of hyenas attacking a mother rhino and her calf The rhino manages to fend off the animals allowing her baby to escape to safety.

That was the heart-stopping scenario faced by one mother rhino in Kenya who was forced to come between a pack of hunters and her child. Dramatic footage shows her battle with two, and then four, hyenas frantically trying to prey on her calf.

In the incredible video, she and her calf become surrounded by the beasts who are circling them waiting to pounce. The mother places her own body between the hyenas and her child, hitting out at them with her sharp horn. The pests try to sneak behind her and ambush her calf, but she is too quick and she is able to block their attacks. Eventually she decides to make a break for it and sprints off, keeping her child close and leaving the hyenas in tow.

The footage was shot at the Nakuru National Park in Kenya - a very famous holiday destination for wildlife enthusiasts. The magnificent clip was filmed on November 18, 2017 by French photographer Nicolas Urlacher. Nicolas, who has been living in Nairobi since, 2013, often travels around the bush in search of remarkable wildlife videos.

Tags In a video of rhino mother and of a calves that how the mother protect her kid can be interesting to anyone and especially if the baby is saved. 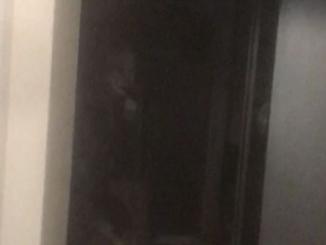