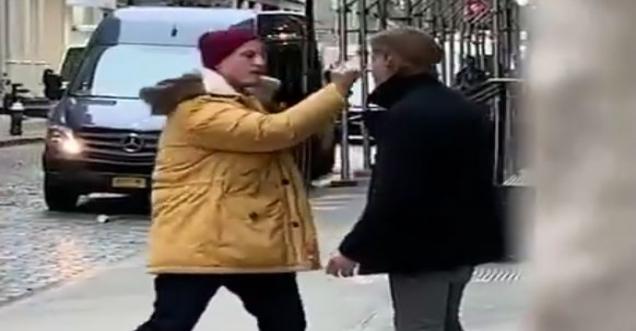 A video has surfaced on the social media; a Twitter user named Guy Blelloch posted a video of an intense but bizarre fight he 'witnessed' on the streets of New York. He writes “The most intense fight I’ve ever seen”

Indeed the video is crazy and have never seen anything as such, many users posted on the social media. The two guys can be seen in the video, instead of hurling punches and kicks, they are hurling middle finger on each other.

The most intense fight I’ve ever seen pic.twitter.com/TCXXO98ijp

For many users on the social media this was really crazy.