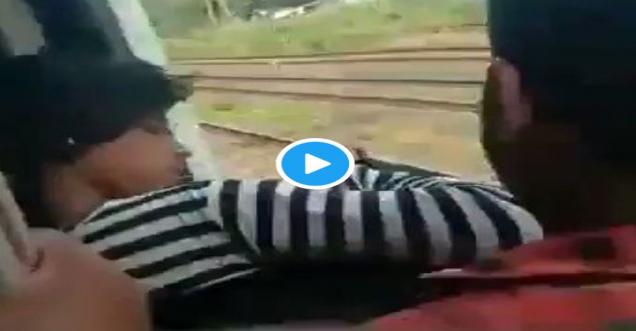 The woman in the video can be seen adjusting her earphones, and standing on the foot-board of the train compartment. She loses her balance and falls off the train only to be pulled back inside by her co-passengers.

Many people were concerned over how unsafe it is to travel on a foot board of a train.

kindly see the age of girl & her style? how she was standing,like a film shooting in progress having no fear factor in mind,ITS not her luck it's bravity of the standing passenger who holded her hand & pooled up back in quick time,regard to the standies & their bravity,Jai Hind.

#ViralVideo: Unknown passenger saves a girl falling from the footboard of a running local train.

After this incident, the Railway Protection Force booked the girl under Section 156 of the Railway Act. The Section 156 in The Railways Act, involves travelling on roof, step or engine of a train states that: "If any passenger or any other person, after being warned by a railway servant to desist, persists in travelling on the roof, step or foot board of any carriage or on an engine, or in any other part of a train not intended for the use of passengers, he shall be punishable with imprisonment for a term which may extend to three months, or with fine which may extend to five hundred rupees, or with both and may be removed from the railway by any railway servant."

Mumbai: On the basis of a viral video, Railway Protection Force has booked a woman under section 156 of the Railway Act for travelling on the footboard of a local train coach. 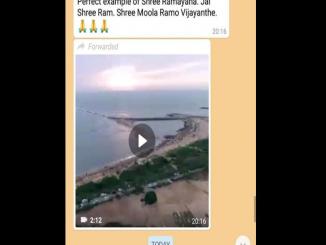