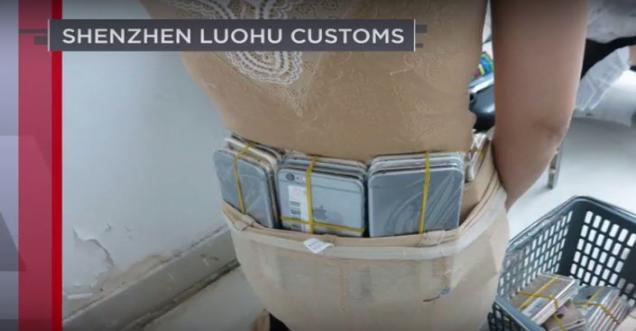 China: China is a strange country with some really strange happenings every day. A woman was trying to smuggle 102 iPhones in China was arrested by custom officers at Shenzhen Airport. According to the report of Chinese media, the woman was carrying 102 iphone in her clothes. This Smartphone was being taken from Hong Kong to the mainland of China. This vicious woman was also smuggling expensive watches besides the iPhone. Nearly 15 luxury watches were also recovered from her.

The Chinese media named this woman "Female Iron Man". Earlier, it was reported that the authorities got cautious by this woman due to her different dress. The woman was wearing a cardigan on her blouse, which someone rarely wears in such hot weather. This was the reason that the custom officials were suspicious of the woman. It was also reported in the report that the woman's head seemed strange and her hands were bloated.

The suspicions of custom officials turned into conviction when they scanned the woman from a metal detector. The total weight of items taken from women's clothing was 40 pounds (about 9 kg). The woman was placed in the four layers of the iPhone on her waist and chest. Let it be said that this is not the first time that such an event has happened in China. Earlier in 2015, a man was caught carrying 84 iPhone trafficking in China.