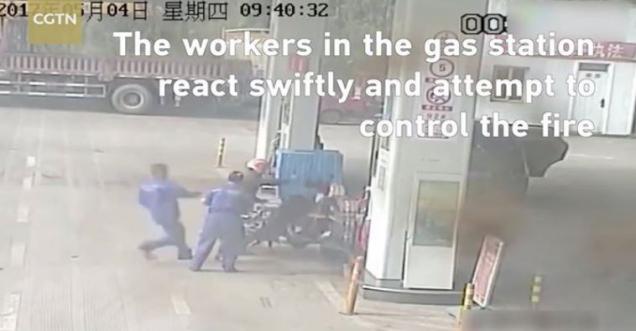 China: There a shocking video of an incident in China. This video is becoming quite viral on social media. The video posted on Facebook has not been completed for 24 hours and it has been seen more than four million times.

This video will give heart attack and is horrible. The Chinese media CGTN posted it on its Facebook account. In the video, a bike rider first takes the fuel from a petrol pump in its bike. After this, no one can guess what he would do. After filling the petrol, He sets the Petrol tank on fire. Seeing his movement, female employees of a petrol pump, immediately takes fire extinguishers to extinguish the fire, but the rider turns over his bike his bike, which increases the fire. The female employees do not panic, but keep trying to extinguish the fire. The case belongs to the Sichuan area of ​​southern China.

See the video below

Footage: Oil suppliers put out fire on a motorcycle in a gas station in SW China

A man rode into a gas station for refueling his motorcycle at 9:00 a.m. on May 4 in the city of Yibin in Sichuan Province. He suddenly took out a lighter and set fire to his motorcycle’s gas tank as the fueling was just finished.

The oil suppliers in the station reacted swiftly. A female oil supplier realized the danger first and attempted to control the fire with a fire extinguisher, but it wasn't that effective because of the gas.

The motorcyclist then jumped into the blaze and was pulled from the fire by a worker in time. Then another three workers around came to help stop the fire and one of them pulled the burning motorcycle away from the gas station.

Fortunately, the five oil suppliers stopped the raging fire and there were no casualties. They were also rewarded 65,000 yuan for the act. 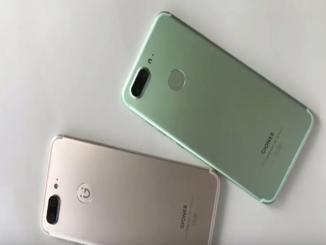