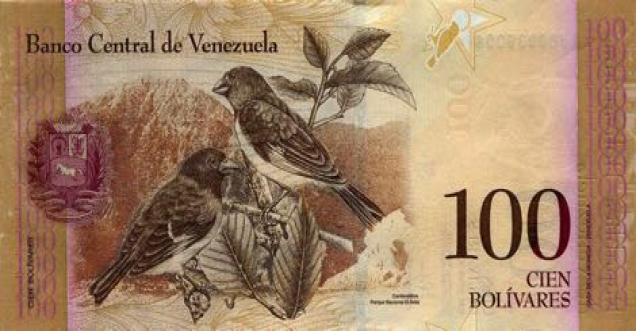 Demonetisation, Venezuela: After the demonetisation in India, Venezuela followed the same. It has demonetized the 100 bolivar notes, But the people are not like India calm and quite in Venezuela, violence have started in Venezuela.

The People of Venezuela  are not calm like India and as per reports and media, dozens of shops have been burnt till now and violence have started here and there.

Around 3 people have died till now due to violence, but the government in Venezuela is not officially accepting this.

Previously the government of Venezuela's had demonetised the 100 bolivar.

Why 100 bolivar is demonetised

Mr Maduro claims that “mafias” in Colombia are stockpiling lorryloads of bolívars, the Venezuelan currency, and sneaking across the border to buy up price-controlled goods. Given Venezuela’s soaring inflation, this seems improbable. “The idea that anybody would want to hoard a currency that has lost 60% of its value in the past two months is absurd,” says David Smilde of the Washington Office on Latin America, a think-tank.

People have been given just 3 days to absorb their money. But as Christmas and New Year is coming near, the public anger is rising. People have come down on the chaos and violence

President Nicolás Maduro, said that the now notes will come into circulation very soon. He urged the people to use more of e-transaction and they can do more e-transaction.

As per reports 40% of the people in Venezuela , do not have bank accounts. There is long queue outside the banks and ATMs even do not have money.

After India did demonetisation of the 1000 and 500 Rs notes, it was Australia which has also followed the India footstep, it has decided to demonetize $100.

To make an instant donation to ayupp.com, click on the "Donate Now" button above.
Tags 100 bolivardemonetisation