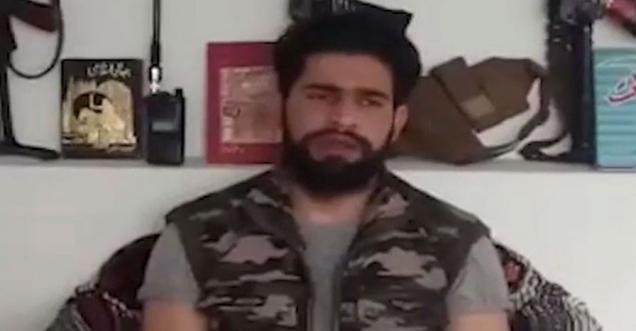 New Delhi: Expelled commander of Hizb-ul-Mujahideen Zakir Rashid Bhat or Zakir Musa has issued a four-minute audio clip and cursed the Indian Muslim for not being part of Islamic Jihad. In the eyes of Zakir Musa, India's Muslims are the most shameless people of the world. Moses has released an audio recording on Monday. In the audio, Musa criticized Indian Muslims for not joining jihad for 'Gajwa-e-Hind'.

Musa shared his audio clip on Telegram and Whatsappapp

According to media sources, Musa has shared his audio clip on Telegram and Whatsapp group. In the audio, he says that his fight is not limited to Kashmir but it is a battle between Islam and infidels. In order to provoke Indian Muslims, he has resorted to incidents occurring with Muslims in the country. In his video he provoked the Indian Muslims by citing examples like, in a moving train going to Bijnor, a Muslim woman was raped by police constables, and he alleged of beating of Muslims man’s by alleged cow vigilantes. It has said that Indian Muslims have not been able to stand in favor of the victims. In the audio addressing about the rap victim of two, 'Sister, He said i am embarrassed and very sad that we could not do anything for you.'

Speaking poisonously against Indian Muslims, Musa says, "They are the most shameless Muslims in the world. They should be ashamed to call themselves Muslims. Our sisters are being dishonored and Indian Muslims are shouting that Islam is peace-loving religion.

Commenting on the Indian Muslims, he said in his audio clip, 'This is the world's most spongy Muslim. They should be ashamed to call themselves Muslims. Our sisters are being mistreated and they are screaming- Islam is a symbol of peace. He also said, "This (Indian Muslim) is the most 'unwelcome community' who cannot raise voice against injustice and tyranny. Has our Prophet and his followers taught us this? They have shed their blood in the war and have sacrificed their lives to protect their sisters. ‘He also appealed to his supporters to join him to be a part of Jihad. Significantly, some time before he threatened the Kashmiri separatist leaders to cut their heads, Musa was fired from the terrorist organization Hizbul Mujahideen for this.