Pakistan Anchor Aamir Liaquat has had to make fun of late Bollywood actors Irrfan Khan and Sridevi in ​​a Pakistani TV show. 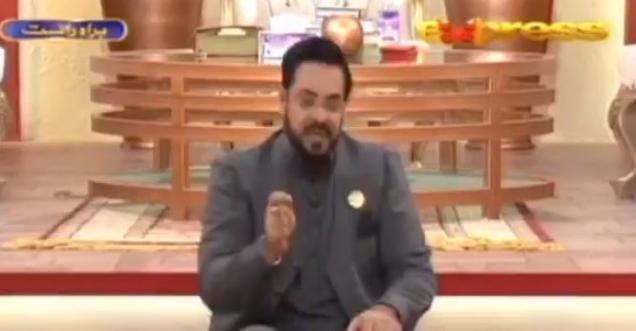 Pakistan Anchor Aamir Liaquat has had to make fun of late Bollywood actors Irrfan Khan and Sridevi in ​​a Pakistani TV show. This was said in front of actor Adnan Siddiqui as a guest on the show, after which he has also apologized on social media for this. However, it does not seem to end even after this, because on social media people are demanding to ban this show and are constantly listening to it.

Pakistan’s showbiz star, Adnan Siddiqui, appeared as a guest on his show. The two spoke about different things from personal life to showbiz. Adnan Siddiqui was left in shock when Aamir Liaquat said that two people owe their lives to you, Rani Mukherjee and Bipasha Basu.

Listen to the video conversation below, which will definitely leave a bad taste.